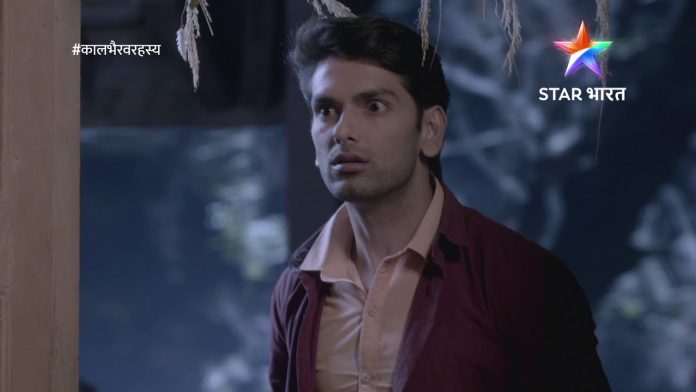 Rahul gets the duplicate keys of Kaal Bhairav temple, made by Manoj. He decides to enter the temple and solve its mystery. Rahul thinks the villagers will be busy in Kaal Bhairav play and he can easily collect clues in the temple. He has acquired much knowledge about the temple’s history and structure. Meanwhile, Thakur fails to stop Shakti from reaching the play. He didn’t wish her to do the Maha aarti. Shakti reaches the play venue and graces the occasion. Thakur gets angry on his men for failing to kidnap her. Rahul uses the keys and manages to sneak in the temple.

He gets a shock when he finds a man inside. Rahul then gets attacked by a dog. Rahul prepares to tackle the dog and poisons him to defend the attack. Shakti angrily blames Thakur for murdering his wife. The villagers can’t believe the accusation on Thakur. Namrata gets sorrowful and confronts Thakur to know if Shakti is saying true. Namrata gets moved by this bitter truth.

Rahul kills the dog by the poison. The villagers learn about Rahul’s move to kill the dog, whom they consider as Kaal Bhairav’s Shuvaan. Rahul confesses that he has killed the dog to save his life. Gauri, Namrata and Aditya support Rahul, while many villagers feel Rahul did a huge sin. The dog gets back to life, which comes as a big shocker for Rahul. The villagers get angry on Rahul and rage to punish him. Thakur comes up with a plan and saves Rahul.