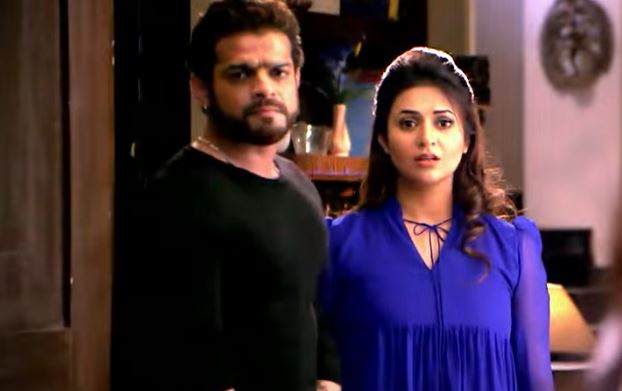 Raman gets curious to know the cause of Ishita’s death. Raman cares for Ishita and instructs the hospital staff to look after her well. He feels some connection with her. She wishes Raman hears her once. Raman doesn’t want her to go. He expresses his feelings to her. He asks her not to leave him again. She feels their relation is of many births. He doesn’t want to send her away. He doesn’t remember their relation, and still feels inclined towards her. He pleads her not to leave him alone. She gets emotional hearing him. Raman doesn’t know she is alive. He feels something wrong has happened with her leaving. He realizes Ishita is taking away his will to live.

She doesn’t want to get away from him. She wishes to stay with him as his strength. She wants Raman to stop her last rites. Ishita’s family claims her body from the hospital. The family plans to bid her farewell. While she is taken by the family for her final rites, she gets worried that no one is able to hear her. Ishita feels everything happening with her. She couldn’t move her body to sign them about her survival. The family mourns for her death. Ishita doesn’t want to leave her children, who badly need her in such time when Simmi is troubling them. She wishes to live for her family. The family sees her for the final time.

Simmi and Parmeet get too happy to see her on the funeral pyre. Raman meets inspector and asks him to get the lab results soon. Inspector helps him out. He calls the lab to know the results. He gets a shocking news. He tells Raman about the dangerous snake poison injected to Ishita, which didn’t kill her, but has just paralyzed her completely. Raman gets a huge shock knowing Ishita is alive. He gets glad by the news. He then learns Ishita’s body is taken by her family for final rites. Raman makes a quick move to save Ishita.

He tries calling everyone to inform them about Ishita’s lively state. Raman fails to reach everyone, who are busy in the cremation ceremony. The family members cry for Ishita. Ishita’s family proceeds to light the pyre. Raman gets stuck in the traffic. He runs his way to reach Ishita in time and save her.

Ishita prays that someone helps her out and saves her body from getting destroyed. She doesn’t want to die by the hands of her family. Raman reaches there after the funeral gets lit. Raman shouts to them to stop. He tells them that Ishita is alive. Ishita gets thankful that Raman came in nick of the time to save her. Raman blows down the fire and saves Ishita. Raman gets Ishita treated again. He hopes Ishita will come back to life once the poison gets removed from her body.