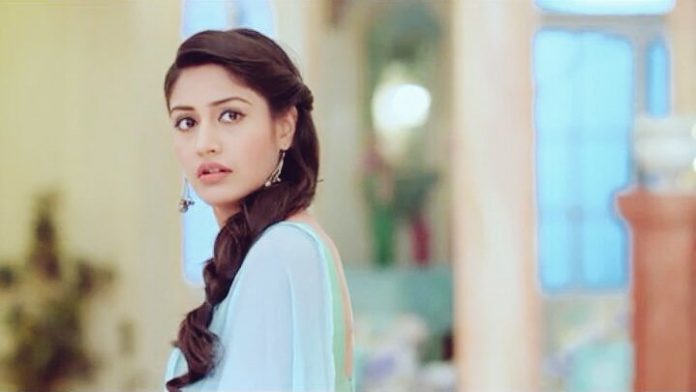 Gauri crosses the partition line to help Shakti. She sees Tia and thinks Tia didn’t see her. She doesn’t feel any threat. Tia makes a plan to tell Tej about Gauri’s move. She thinks Gauri’s mistakes can be good for her. Gauri tries to help Shakti again. Tej spots her and scolds her for going against him. He reminds her the duties of a bahu. He asks her to respect his decision. He reminds how Shivay has insulted Omkara in front of the world. He doesn’t allow Gauri to have any relation with Shakti and Pinky. Omkara supports Gauri. He doesn’t feel she has done something wrong. Tia asks Gauri not to argue with Tej, as he can get a heart attack again. Tia tells Jhanvi that Omkara and Gauri still have to learn keeping their responsibilities.

Tej and Jhanvi shower anger on them. Tej gets angry on Gauri and feels she is cheating them by obeying Shivay. He tells her that he will not accept her as bahu if she goes against his commands. Omkara defends his wife, while Tej declares his final decision to them. Omkara and Tej get into an argument because of Gauri’s helpful step. Omkara consoles Gauri. He promises her that he will make everything fine soon.

Shivay saves Anika from quicksand. They come back home. He takes care of her. Anika finds him hurt too. She regrets to trouble him, when she was supposed to look after him as an ideal wife. Anika and Shivay have a cute moment where they become each other’s cure. They relieve their wounds by love. Shivay finds her ill and hands over a big box of medicines. Their cute arguments go on. She misses the family. Shivay asks her to promise that she will stay healthy. Anika asks him to get ready for work, till she prepares tea for him. Anika gets sick after having the tea. Shivay finds her unconscious and tries to rush her to the hospital.