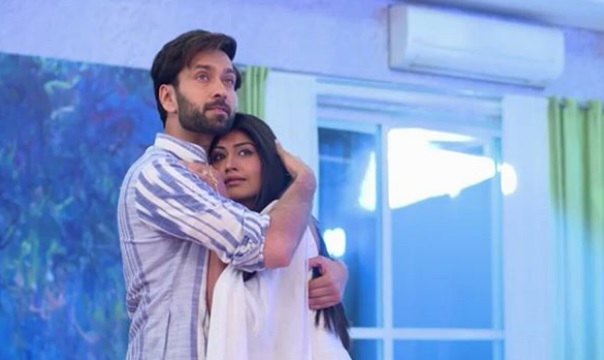 Tej keeps a press conference to announce Omkara’s joining the business. Tej makes an official statement about Omkara following Shivay and joining the Oberoi empire. He introduces Omkara to the business fraternity. Tia plants a misunderstanding in Gauri’s mind. Gauri accuses Mr. Singhania and scolds him for being a murderer. Tej gets raging. He asks Gauri is she out of her mind. He makes Gauri apologize. Gauri feels sorry. She doesn’t want Omkara’s career to suffer.

Gauri knew someone is coming in the party to kill Pinky. She wonders where did she go wrong in identifying the culprit. She gears up to protect her family from the hidden villain. Pinky is depressed that the family has forgotten Shivay. She misses Shivay. She hates Tej and his supporters. Gauri wants to do her responsibilities given by Anika. Gauri messes up the things and upsets Tej.

Elsewhere, Shivay and Anika break off their relation, as part of their drama. Shivay tells Anika that she isn’t mad, someone is really after her. She learns its someone’s conspiracy. Anika gets relieved that she is not getting mad. She tells Shivay that they will nab the culprit. They are troubled by a hidden enemy. They have make a plan to fool the main culprit. They do a drama and fight, so that the culprit watches them fighting and feels his victory. Shivay packs his bag and leaves. Anika gets too shattered. She does drama to cry. Veer meets her and tries to console. Anika stops him and asks him to leave, since she can manage herself. Veer feels Shivay’s leaving got half victory for him. He gets close to win Anika. Will Shivika realize Veer’s truth? Keep reading.