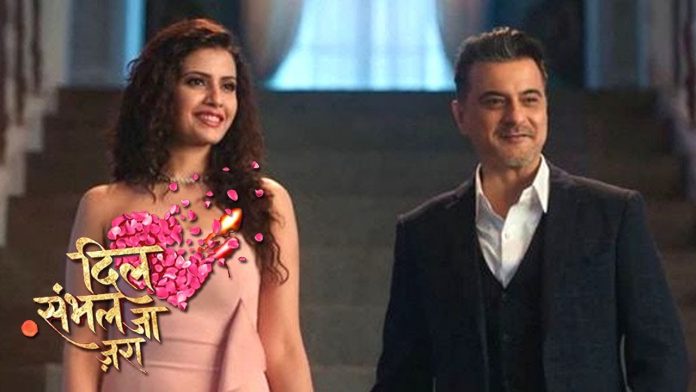 Rehaan realizes Ahaan is genuine hearted. He feels he has always misunderstood Ahana. He meets Ahana and accepts his mistake of spoiling Ahana and Anant’s relation. Ahana slaps him angrily. Rehaan holds himself responsible for ruining Anant and Ahana’s happiness. Anant tells Ahana that he loves her a lot, but he couldn’t understand her till now. He explains her why things got worse between them. It gets hard for him to stop hating her. He tells her that he is just trying to work out their relation by some distance. Ahana gives Anant the freedom to decide. Anant tells her that they have one month time to think about their marriage.

Roshni plans to make Ahana out of the house by using the difference cropping between Anant and Ahana. Meanwhile, Rehaan deals with his feelings for Ahana. He gets sunken by guilt. He wishes he shouldn’t have ruined Ahana’s life by unnecessary complications. Rehaan glances at Ahana’s sorrow. Gupta turns Laila homeless. He takes revenge from Laila. Saloni and Ahana worry for Laila. Laila slips in a tough phase. She gets wandering on roads. Laila meets with an accident. Ahana gets concerned for Laila for the first time in life.