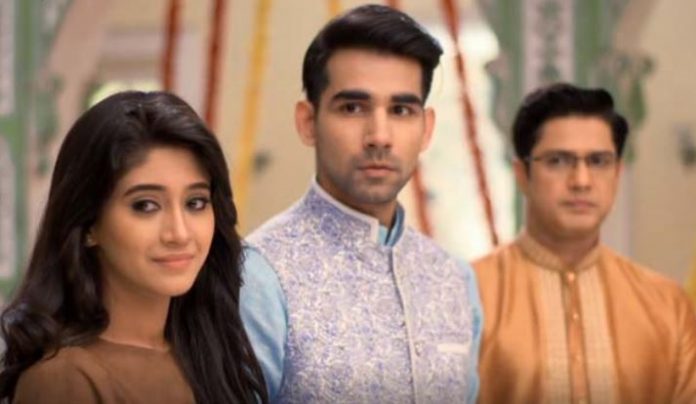 Singhanias and Goenkas celebrate Makar Sankranti with double excitement. The families like Naitik’s return surprise. They celebrate the function with their usual singing and dancing, along with flying the kites. They have a fun competition between the two families. Naira and Kartik spend some romantic moments. Dadi too gets in the fun. She unknowingly drops her purse. She gets worried when the shank falls out. Surekha keeps Dadi’s secret. She hides the shank from Naira and family. Naira fails to see the shank with Dadi. Dadi thanks Surekha for her timely help.

Naira tells Dadi that she will stay with Naitik for some time and come. Kartik tells them that he will also stay back with Singhanias. Dadi asks Kartik to let Naira spend some time with her family in her personal space. Kartik and Naira share their feelings once again. Naira tells Naitik that she will be with him and look after him, since she missed him a lot. Dadi feels guilty that she has stolen the shank for her motives. She gets greedy for the heir. She instructs Surekha to keep the shank in Naira and Kartik’s room. They do the shank puja.

Singhanias look for the shank. Naitik covers up Dadi’s act from Naira. He doesn’t want Naira to get involved in any new drama. Surekha tells Dadi that maybe this shank tradition will not help them in getting the heir. Dadi has her belief that Naira will get a son by the shank puja. Surekhe still stays doubtful. Dadi tells Surekha not to hurt her sentiments and do as told to her. Singhanias get seriously hunting for the shank. Naitik worries for Naira and Kirti’s happiness.

She hides the matter from them and just confides with Naksh. Naksh doubts on Dadi’s intentions behind such a move. The family learns about Dadi’s doing. Baisa gets raging knowing Dadi has stolen the ancestral shank. On the other hand, Manish and Suwarna try hard to bond with Aryan. Manish tells her that he has much hopes from Aryan, he is finding it difficult to bear his annoyance. Suwarna asks him to have patience. Dadi hides the shank from Naira. She makes Surekha place the shank under Naira’s pillow.