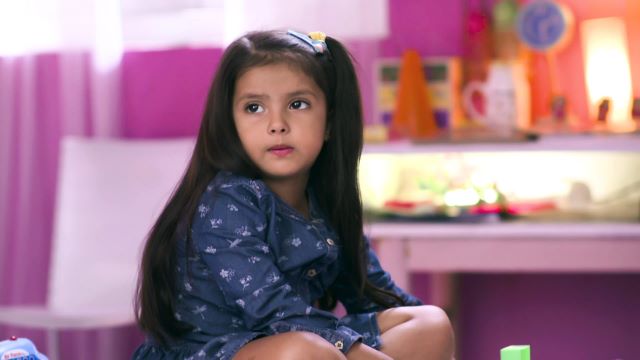 Avni gets Ragini Pandit punished. She saves Sunehri’s life and gets praised. DD gives her a message from Neil. DD tries to tell her that Neil is finding Neela. He asks her to be strong and have hope always. Neil decides to find Neela. He sets out for his task. Bebe feels bad that Neil isn’t sharing anything with her. She worries that he has risked his life. She asks him if he is not thinking about his family now. Bebe tells him that she is proud of him, she knows his work. She promises to support him. Bebe takes care of him. Neil thanks her for lending support.

Jailer scolds Avni for framing Ragini Pandit. Avni asks jailer to help Ragini Pandit escape. Jailer tells her how much Vidyut loves her. She says Avni will become Vidyut’s wife, this is why Avni is given this opportunity to help Ragini Pandit. She threatens Avni about Neela. Avni reads Neil’s secret message. Neil promises to find Neela. Avni feels bad that he is tolerating everything alone. Neil reaches Neela in a disguise. Neela tries to free herself from Vidyut’s clutches. She fails to find a way out.

Avni meets Ragini Pandit and tries to strike a deal for her freedom. She asks Ragini Pandit t to assure her Neela’s safety. She promises to give her freedom. She tells Ragini Pandit that if anything happens to Neela, she will make her life hell. Neela finds a secret passage. She enters the place and gets surprised on finding Mishti alive. Neela happily hugs her. Neela asks Mishti not to tell anyone that they have met. Neil meets Neela with an aim to free her. Neela realizes Neil is in disguise. She gets glad to find her biggest support with her. Avni believes Neil will free Neela any way. Neela informs him that Mishti is alive.