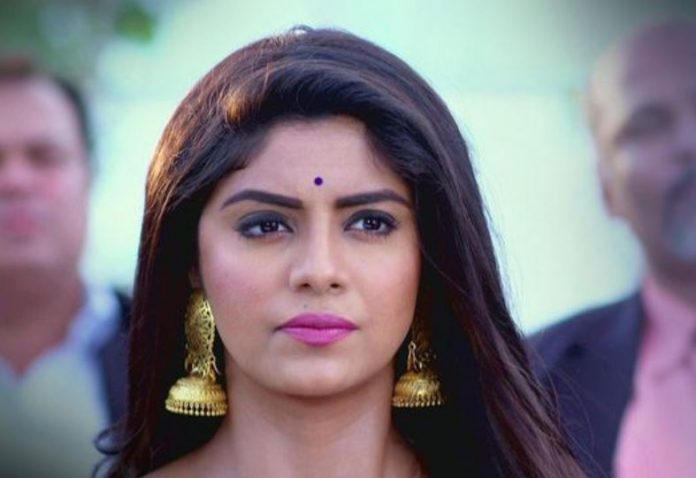 Vidyut cheats Neil to get him under control. He tells Neil that a villain always complete his fight by a cheat. He asks Neil to face his army now. Vidyut gets Neil tortured by his men. Neela asks Vidyut to leave Neil. She threatens Vidyut that she will run away with Mishti if he doesn’t spare Neil’s life. She asks Vidyut to think for his daughter. Vidyut agrees to leave Neil. Neela tells Vidyut that she knows about his illegal kidney transplant, which can’t get completed without Mishti. She scolds Vidyut for having ill motives. She asks him how can he use Mishti to save his life. Vidyut asks Neela to give away Mishti and save Neil’s life. Neil asks Neela not to listen to Vidyut. Neela agrees to send Mishti to Vidyut. She can’t see Neil dying.

Ragini Pandit learns Avni and Neil’s planning. She loses her temper and plans to end the matter forever. Avni tries to inform DD about Neil. Sunehri informs DD about Neil’s life in danger. DD takes the police force to save Neil and Neela. Police reaches Neil on time and saves Neela and Mishti too. Commissioner catches Vidyut red-handed in the crime. Vidyut’s game gets drawn. He is sent for interrogation.

Neil gets Neela and Mishti home. He tells the family that he has to save Avni by proving Vidyut’s crimes. Neela helps him by handing the evidence. Neela apologizes to Mishti. She feels sorry that she was ready to give away Mishti. Neela tells them that she has used Mishti to fight with Vidyut. She just wanted to save Neil. The family relieves her from guilt. Vidyut denies the accusations. He asks Neil to produce evidences. Neil fails to present the proof against Vidyut. Vidyut lies that he has done everything to save Mishti’s life. Vidyut gets freed once again. Vidyut proves his innocence. He tells Neil that Avni and Mishti will come to him very soon.

Ragini Pandit tests Avni and asks her if she is making her escape. She fools Avni and strikes her with an attack. Avni falls in danger. Ragini Pandit plans to kill her. Ragini Pandit tells Avni that this is her last punishment, her problems will end with her life. She doesn’t want Avni to come between Vidyut and her. She is sure that Neil can’t save Avni this time. She buries Avni behind the wall. Neil visits the jail to meet Avni. Jailer proves to Neil that Avni has escaped from the prison once again. Neil believes in Avni. He tells jailer that Avni can’t run away by breaking his trust. Neil decides to find Avni while Vidyut prepares to marry Avni.