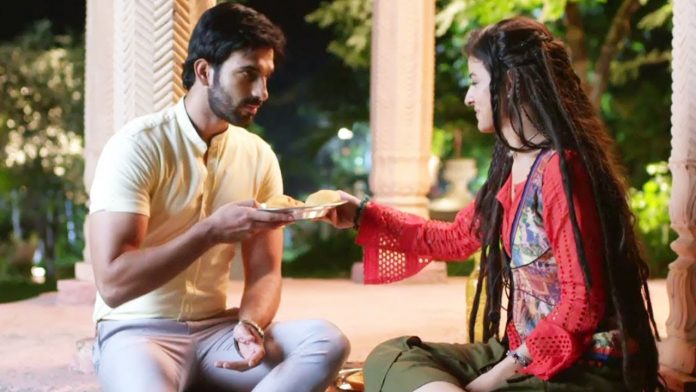 Dheeru warns Anami against meeting Adhiraj again. He tells her that he doesn’t want any trouble on his son’s life and career because of her. Anami apologizes to him. He asks her to make sure that Adhiraj isn’t defamed again. Anami doesn’t want to hurt Adhiraj’s happiness. She decides to forget him and move on. Adhiraj gets Anami’s anklet and decides to meet her. Anami tries to avoid Adhiraj.

Satrupa fails to find the evidence at Sudha’s place. She decides to compel Sudha into handing over the evidence to her. Satrupa plays a new game with Sudha. Satrupa finds Anami disturbed. She apologizes for her mistakes. She promises to change into a better person. Anami acts along to give her another chance. She tells Satrupa that they will make a fresh start. She thinks of confronting Satrupa for hurting her family. She limits her words, so that she doesn’t fall in Satrupa’s suspicion.

Adhiraj waits for Anami’s call. He starts missing her. He feels much has happened with Anami in last few days. He wishes the best for her. Anami rejects his calls. She wants to respect Dheeru’s words. Adhiraj wants to know what Anami wishes. He decides to confess his love.

Dada ji and Dadi miss Vatsalya. They are glad that Anami is in their lives. Dada ji promises to secure Anami and celebrate her 18th birthday with grand elegance. He doesn’t care for people’s thinking. Dadi gets glad that he loves Anami equally as Vatsalya. They believe that Anami will make them proud one day. Sudha gets overconfident. She starts keeping her demands in front of Satrupa. She believes Satrupa can never get rid of her, till she has the recording.