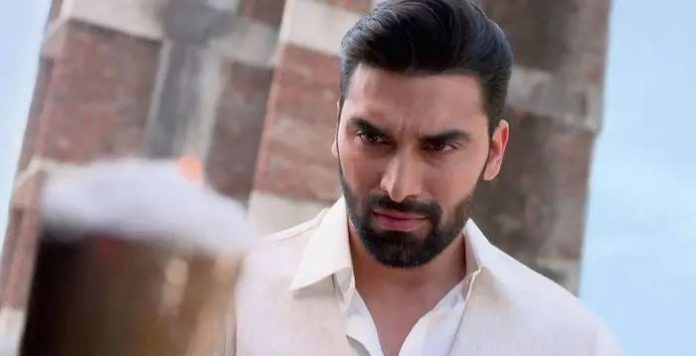 Tej and Veer try to get Lily out of Shivay’s room. They cut the power supply to work out their plan. Tej manages to hide Lily with him. He tries to find the exit. Anika asks Shivay why was he away from them. Shivay doesn’t tell her about the brothers’ talk. Rudra assumes Lily to be Anika and talks to her. She finds him getting weird by marriage stress. Omkara fails to see Tej. Shivay fixes the fuse and manages to get lights back. Everyone makes fun of Rudra. Shivay fails to see Tej in his wicked act. Tej passes the bank credentials to Veer.

Veer asks him to get Shivay’s phone, so that they can get the password to hack his bank account. Tej gets a big shock when he learns Soumya is Veer’s new aide. Soumya scolds Lily for leaving clues behind. Veer tells Tej that Soumya is part of their team. Tej couldn’t believe the sweet and simple Soumya can have such bitter and envious intentions.

Soumya tells Tej about Rudra and her marriage, which didn’t get accepted by Rudra. She wants to avenge Rudra for rejecting her love. Tej agrees to help Soumya in getting married to Rudra. She promises to settle scores with Shivay. She feels Shivay knew about her marriage with Rudra, but didn’t do any justice, when he boasts of ethics. She believes in her marriage and wants her husband back at any cost.

Shivay stays stressed about the expenses. He hides the problems from Anika. Soumya tries to get Shivay’s phone. Shivay picks his phone and fails her plan. Soumya still tries to get hands on his phone for accomplishing Veer’s plans. Veer rests assured about Soumya’s determination and talents. He tells Tej that Soumya will surely get the phone.

Shivay buys jewelry for Bhavya. He fails to make the payment. He wonders what’s the problem that the payment is getting declined. Shivay misses his phone. He then receives a shocking news of a big transaction, which emptied his bank account. Shivay turns bankrupt. He doesn’t understand who has cheated him. Shivay fails to clear the bills. Jeweler refuses to give the jewelry without the payment clearing. Shivay borrows some time to settle the payments. Shivay doesn’t want his family members to suffer.