Yeh Hai Mohabbatein: Aaliya gets blackmailed by the money lender. The man pressurizes her to get the money to his house, without informing her family. Aaliya finds tough to arrange money. Raman gets angry on Romi and Ruhi, who defend Ishita. He asks them not to meet Ishita. Simmi asks them to obey Raman. Raman asks Ruhi to leave the house if she really wants to meet Ishita. Raman gets ready to meet his prospective bride. Simmi influences him. Romi vents out anger on Simmi. He finds the family getting blind in hatred. Ishita finds ways to stop Raman’s marriage.

Sanjay and Durga apologize to each other for their bitterness. They reunite. Sanjay’s guilt gets on increasing. He gets on shedding tears of repentance. He accepts Durga as his wife heartily. Durga helps him forget the matter. Umang tells the family that he has seen his dad. The family misunderstands him, as he has never seen Madhav. They wish Umang and Amrita’s sorrow gets less. Amrita apologizes to Madhav, and reveals that Umang hasn’t seen his father till date. Madhav feels bad for Umang. He hurries to take away Umang with him. Amrita doesn’t identify him.

Anami finds hard to avoid Adhiraj. She sheds tears dealing with the sorrow. Satrupa gets angry on knowing Sudha’s demands. She wants to get the recording from Sudha any how. Baldev asks Satrupa about Sher Singh, whom she has sent to Banaras. He tells her that she has broken his trust, she makes him think that she can go to any extent for her personal greed. He gets upset with Satrupa. Sudha hides the phone inside a flower pot. She is sure Satrupa can’t find the phone. She wants to blackmail Satrupa by using the phone.

Avni gets scared of the sudden happiness coming her way. Neil assures her that he will fill her life with happiness, darkness can never touch her from now. He asks Avni to see their happy family. He promises to protect her from all odds. Neil and Avni get the family photos clicked. Vidyut sends his men to cut the power inside the house. Neela tells Avni about her special surprise for Neil and her. Vidyut makes an entry inside the house, while taking advantage of the darkness. DD tries to reach Neil and inform him about Vidyut.

Shivay tries hard to find the reason behind his bankruptcy. He checks his account and learns the account funds zeroed. He worries for arranging a big amount in just an hour. He hides his problems from Anika. She doesn’t trust him and doubts that he is hiding something. Shivay romances her to divert her from spying. Tej pities Shivay. He feels Shivay can’t set anything right today, when the jeweller will ruin his respect publicly. Veer wants to see how Shivay gets humiliated. He asks Tej to prepare for the next step. Shivay attends a puja with his brothers. He wants to do anything to save his family’s respect and brothers’ happiness. Like ever, Shivay and his brothers do the aarti together. Veer compliments them on their unity and love.

Naira tries apologizing to Kartik. She understands that he is upset as she risked her life. He tells her that he is upset for another reason, she has made him away for no reason and hurt his feelings. Naira tells him that she has done everything for his sake. Kartik tells her that she didn’t show trust in him and got distance by her own decision. Naira talks to her friend and shares her pain.

Roshni manages to save Vyoma’s letter. She plans to reveal the letter to Anant, so that he ends ties with Ahana forever. She wants Ahana to get punished for cheating Anant. Rehaan talks to Laila and gets warned about his growing proximity with Ahana. Ahana couldn’t tolerate Rehaan’s insult done by Laila. She takes a stand for Rehaan. Laila warns them against cheating Anant. She tells them that Anant doesn’t deserve a betrayal. She scolds Ahana for becoming like her. Ahana doesn’t want to cheat her husband. Laila’s words make Ahana think well. 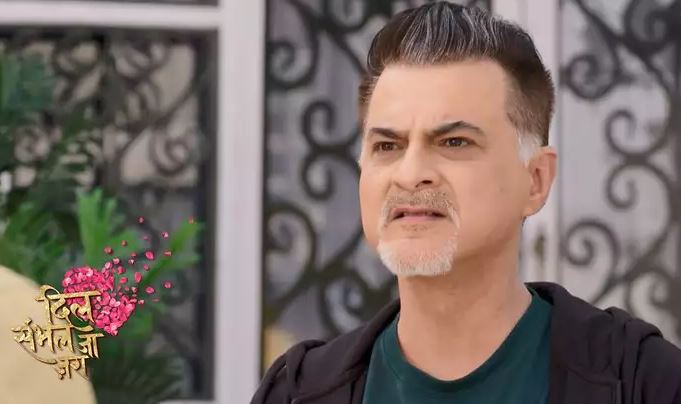