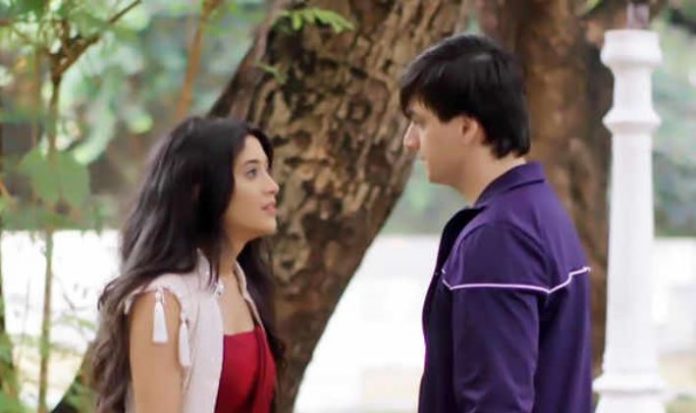 Naira tries apologizing to Kartik. She understands that he is upset as she risked her life. He tells her that he is upset for another reason, she has made him away for no reason and hurt his feelings. Naira tells him that she has done everything for his sake. Kartik tells her that she didn’t show trust in him and got distance by her own decision. Naira talks to her friend and shares her pain.

Kirti doesn’t get sure about Naitik and Priyanka’s conversation. She decides not to tell Naksh about the matter before she reaches any conclusion. Priyanka supports Naira in his decisions. She asks him to take his own time and let the family know about his illness. Kartik overhears Naira’s conversation. He learns Naira has distanced him because of the family.

Naira expresses her sorrow over the family losing belief in Kartik, which made her take the ultimate step of going away from him, so that he can focus on his work without any distraction. Kartik understands Naira is innocent and her intentions were good. Naira doesn’t want to get selfish and bound Kartik with her all the time. She fails to solve the problem.

Kartik feels Naira should have discussed the matter with him and shown trust in him, rather than believing other’s opinions. Kartik decides to start afresh and give some time to Naira. He feels his relation has turned weak by the family’s pressures. He didn’t expect his marriage to go through such a rough phase. Kartik tries to understand Naira’s perception. Naira feels his behavior is changing. She doesn’t want things to get spoiled. She tries spending more time with Kartik. Dadi scolds Naira for giving chewing gums to the kids. Kartik helps the kids. Suwarna senses some tension between Kartik and Naira. Dadi too finds Kartik’s behavior changing. Dadi wishes Kartik achieves the best in life.