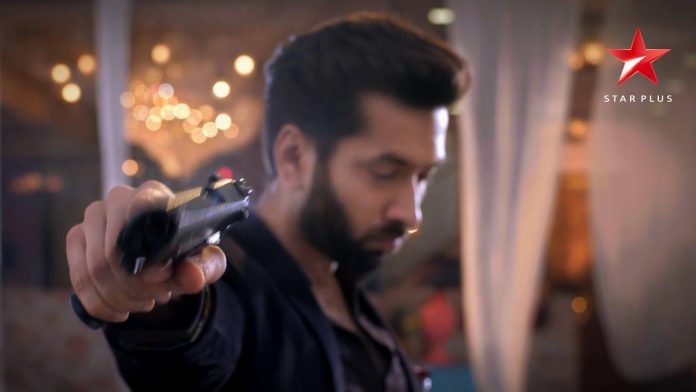 Shivay decides to send the family back home. He wants to save them from dangerous intentions of Veer. The family refuses to leave them. Rudra wants to get married in Shivay’s presence. Shivay tells them that marriage won’t happen if they stay back. He reveals to them about his secret enemy. He tells his brothers that his enemy is ruining him down and he is suffering financially. He reveals that he has lost everything, someone has targeted his business. He asks them to be safe and take Anika along. Anika refuses to go. Veer comes to surprise them. He thinks Shivay is really stressed after his investor died.

Shivay can’t tolerate him. He keeps his cool in front of Veer. He tells his financial problem to Veer. He tells Veer that someone is trying to ruin him financially. He asks Veer to convince his family to go back home. Veer feels he has succeeded in his plans. Shivay controls his anger.

Shivay commands the family to return home. Veer supports Shivay in his decision. He asks them to go home, instead falling in danger. He wants Shivay to lose all his support. Soumya doesn’t want Rudra to leave. She tells Veer that Shivay’s decision will make her suffer. Veer drugs her to control. He asks her not to go against his wish. He commands her to go home with Rudra, till he completes his battle with Shivay.

Shivay compels his brothers to leave. Anika refuses to go, while Shivay doesn’t listen to her. He sends off Anika to secure her. Veer tells Shivay that they will meet in the evening, so that he doesn’t feel lonely. He asks Shivay about his wife leaving him in tough time. Shivay agrees to meet him. Anika returns home, and tells Shivay that if the house is not safe for her, its not safe for him too. She chooses to live with him and support him in the battle. She wants to become Shivay’s strength.

Veer plays his next move by taking Tej’s signatures on the documents without getting it in his knowledge. He plans to make Shivay and Anika’s life a hell. Oberoi family welcomes their sons and their partners. They rejoice with Omkara and Rudra’s return.

Shivay and Anika reach the hospital to find information about Veer. Anika doesn’t want Veer to get alert. They change their identities to spy on Veer. They learn Veer doesn’t work in any hospital. Shivay and Anika then head to Shweta’s school to know about Veer. Shivay feels Veer has threatened Shweta. He is sure Shweta has some information about Veer, which could help them. Shivay and Anika learn that Shweta is not Veer’s daughter. They find a big conspiracy against them, since Veer has faked a family to enter their lives.