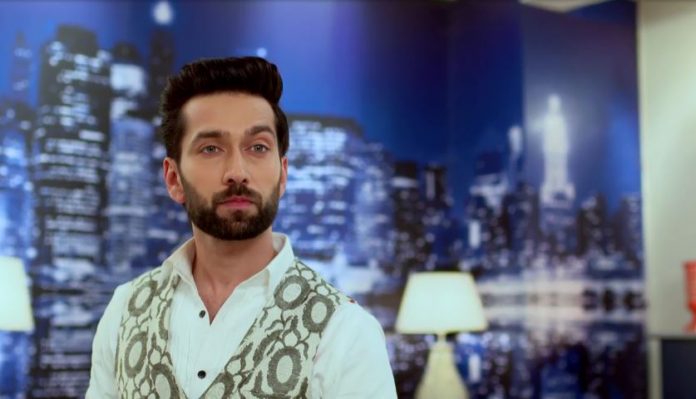 Shivay and Anika reach Shweta’s school and meet her to know more about Veer. They promise to protect her and ask her about Veer. Shweta reveals that Veer isn’t her father, he was just threatening her into pulling off the drama. She says Veer had paid me to become his fake daughter. Shivay and Anika can’t believe it. Shivay loses his cool that Veer has cheated them big time. He decides to confront him, while Anika asks him to work out a plan against Veer. Shivay doesn’t listen to her. He goes to confront Veer and finds him missing. He is sure that Veer is plotting something against them again. He doesn’t know what’s the next attack planned by Veer. Shivay doesn’t want Veer to hurt his family.

He worries for his family, who could be Veer’s target. Shivay and Anika then learn that Monali isn’t Veer’s wife. They learn more about Veer from Monali. Monali tells them that Veer is undefeatable. She asks Shivay not to fight with Veer, as it won’t result in anything. She asks them to accept their defeat to end the fight soon. Shivay learns Veer is more dangerous than he thought. Shivay gets a feeling that his family is at Veer’s target. He decides to rush back home.

Veer rejoices his victory. He creates a new problem for Shivay. He auctions the Oberoi mansion by Tej’s name. The officials reach Oberoi mansion to auction it. They produce the documents and asks the family to vacate the house. The official tells them that Tej has auctioned the house. Omkara and Rudra get much disappointed with Tej. The entire family loses belief in Tej. Soumya turns happy with Veer’s plans. Omkara and Rudra tell Jhanvi how Tej played a drama to separate them from Shivay. Omkara regrets for Tej’s actions.

The Oberois try hard to stop the auction. The officials take away all the valuables. Dadi shatters seeing the idols taken away. She wants Shivay back in the house to handle the matter. Dadi wants Shivay’s exile to end. She knows just Shivay can save their house and family respect. The elders repent their enmity and anger towards Shivay. Jhanvi realizes her mistake. Gauri and ACP Bhavya fail to stop the bad happening.

Dadi tries hard to save the idols. She gets rigid and opposes the officials. Omkara and Rudra come to her rescue, but fail to stop the officials. Shivay and Anika return home and find the family in deep trouble. Shivay comes back as a new hope for the family. Dadi gets Shivay’s support in a tough moment. She asks him to stop the house auction and save their memories. Shivay assures he will set everything fine. Shivay deals with the officials in his style. The family turns happy with Shivika’s timely return. Shivay’s terms with Pinky get fine. He consoles her. Shivay turns into family’s strength once again. The Oberoi family gets united once again.