Veer plans to stain Rudra by the wrong allegations. The media works on Veer’s command. They trouble Rudra by their worse questions about his relation with Soumya. The media asks Rudra if Aryan is his illegitimate child from his first wife, whom he denied to accept before. Rudra shatters by their questions. The media pressurizes Rudra to accept that Aryan is Soumya and his child. Shivay can’t see Rudra breaking down. He then finds Veer and Soumya happy that their plan is working. He realizes how Soumya trapped Rudra by using Aryan so that she can break his marriage. Shivay comes with an idea. He feels sorry to hurt Anika’s heart. He gets helpless to make an announcement to save Rudra from the false blames.

The media asks Rudra if he will give his name to Aryan. Before Soumya could accept that its Rudra and her child, Shivay declares that Aryan is his son. Everyone gets a huge shock. Shivay tells the media that Aryan isn’t Rudra’s son, Aryan is actually his son whom he has hidden from the world till now. Shivay does the unexpected and fails Veer’s plan.

The media then troubles Shivay and Anika about Aryan’s mother. Anika doesn’t know why Shivay took the blame on himself. She still supports him with his decision. Anika too fails Soumya and Veer’s plans. The media asks Anika will she accept Shivay’s illegitimate child. Anika scolds the media for ruining a little kid’s life by their shameful questions. She tells them that she will accept Shivay and his mistakes too. She accepts Aryan as her own child. Shivay respects her even more for her stance. Anika has a belief in Shivay and their family. She doesn’t want anything to shatter their relation. Anika worries for Aryan who is facing such a time.

Shivay meets Anika and apologizes to her. He thanks her for standing by him in such a crucial time. He is grateful that she didn’t let their relationship break. He explains her that he was helpless to save Rudra by taking that stand. Anika understands him and his sacrifices. She tells him that his family will always be his priority and even for her, their family is her priority. She tells him that she is happy to get such a good family, all thanks to him. They have a sweet moment and get emotional.

Roop scolds Veer for planning such stupid things. She gets humiliating him. Soumya and Veer start suspecting Anika, after she supports Shivay in front of the media. Veer tells Soumya that he didn’t tell his plan to fake Anika. Soumya gets upset that her trump card failed too. She can’t let Rudra marry Bhavya. Shivay and Anika try to know about Aryan’s real parents. Shivay tells Anika that its Veer and Soumya’s plan to get Aryan home and trap Rudra in the matter. He asks her to deal with Veer cleverly, as Veer will suspect her again. She makes a plan to fool Veer.

Omkara and Rudra get emotional with Shivika’s sacrifice to save Rudra’s name from the mess. Rudra feels indebted to them. He regards them as parents. Rudra tells Anika that he is very lucky to get a brother like a doting father and a sister-in-law equal to a loving mother. Anika feels lucky to get such good brothers-in-law. Obros and their better halves complete their family with their unity. Gauri and Bhavya also praise Shivika for solving such a big mess by their mutual understanding. Shivay is sure that Veer won’t accept his defeat and would anything bigger to hurt them. Obros get ready with a plan to tackle Soumya. Shivay keeps Rudra and Bhavya’s marriage the next day to fail Soumya. Veer confronts Anika for supporting Shivay. He gets suspicious about her identity. 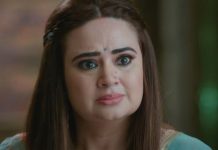 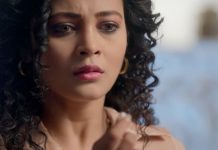 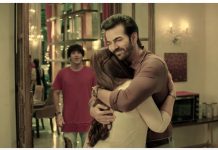