Mohana gets angry seeing Ratan and Diya’s firm belief on Yash and their friendship. Yash feels glad with their support and determines to catch the treasure thief. On knowing that the water is spiked with sleeping pills, Ratan, Diya and Yash come to the chemist shop to see the prescription. Mohana hides seeing them and runs, but Diya manages to catch her and gets shocked seeing her face. She takes her far away from Ratan and Yash so that they don’t see her truth.

When confronted, Mohana confesses to her crimes and tell her intention that she wants them to end their friendship with Yash and breaks all chords with him, so that she can stay with him peacefully. She tells that Yash is her husband and she don’t want him to care for her more. Diya tells her about her relation with Yash and asks Mohana not to feel jealous and insecure. She decides not to tell anything to Ratan or Yash. Mohana gets thankful and have a change of heart for Diya.

Diya gets her treasure back and takes it to Kesar Mahal, fulfilling the promise she made to Choti Thakurain, Bhuvan etc. Everyone gets happy seeing their family’s treasure and prestige back. Diya manages to prove that they are not bankrupt and the news of their bankruptcy was all fake rumour. All the investors of Kesar Mahal and the vendors for the Ek Vivah exhibition/fair apologize to Ratan. Ratan gets glad and impressed with Diya for her unconditional support for him. 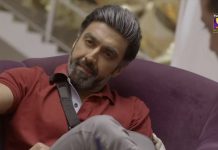 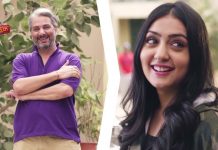