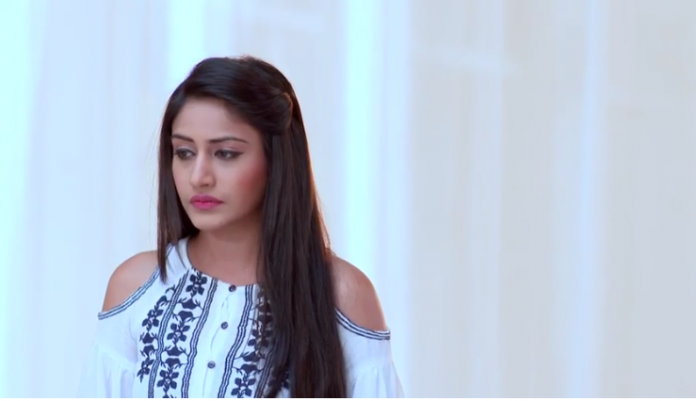 Anika gets much hurt when Shivay gets angered on her. He has lost the big business deal because of Anika. He vents out anger on Anika for her stupidity. Anika sheds tears and recollect his words. She tells Gauri that they are really cheap minded, while Obros are high five, who got raised in a big family. She tells her that they have much difference in status, skills and background. She tells Gauri that she doesn’t have English skills. Gauri consoles her. She tells Anika that Shivay loves Anika a lot, and nothing matters in true love. She asks Anika not to care for whatever happened. She gives example of Omkara and her own love story, which has evolved over all their differences with time.

Anika says I am not much educated like Shivay, I can’t even talk to media fluently, I don’t deserve Shivay. She feels Shivay has studied abroad and talks so well, she isn’t a good match for him. She wants to end their difference, so that she can stay happy from heart.

She gets sorrowful when she fails to teach Sahil. She tells Gauri that she couldn’t help Sahil, she couldn’t answer Sahil’s little questions. Sahil mocks Anika for her low knowledge. Sahil’s joke breaks her heart. Shivay looks for Anika. Shivay gives an idea to Anika. He tells her that they will get Sahil’s admission done in the best school. He says we have to shift his school, he can stay with us here. Anika doesn’t like his decision. He says this school is very prestigious, he can study very well and become a big man. She says no need to get his admission here, he is already mocking me. She then realizes Shivay’s decision is right for Sahil’s bright future. Anika apologizes to Shivay. He hugs her and feels proud of her for keeping her insecurities aside.