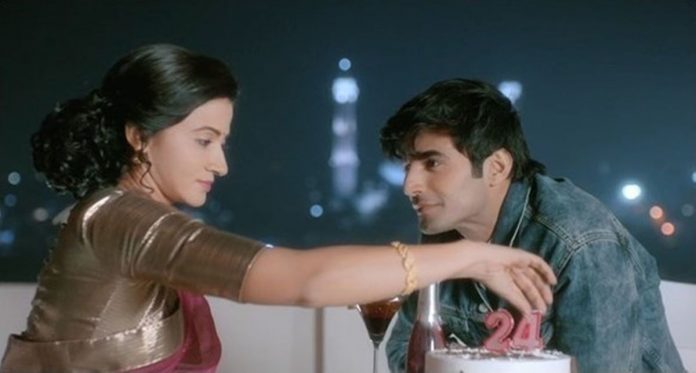 The locality women protest against Vedika. They barge inside the house and ask Vedika to stop her shameless act. Vedika and her mum stop the women, who taunt Vedika for being characterless. Vedika gets to see Arya’s pub’s video. Sahil had permitted Arya to go to the pub, where Arya has danced with some guys. The dance MMA spreads out. Vedika holds Sahil responsible for this. Vedika goes to slap her daughter, but Sahil stops her. Sahil handles the women and asks them not to judge any girl by such stupid videos. Sahil sends away the women.

Vedika doesn’t forgive him. Vedika slaps Sahil. He tells her that he loves her a lot and feels responsible towards her family. She asks him to leave from her life as she can’t tolerate him more. She can’t see Sahil ruining Arya’s life by showing a wrong direction. Sahil clarifies himself. Vedika knows Sahil’s intentions aren’t wrong. Vedika gets heartbroken. She can’t make Sahil affect her family. She commands him to leave from her house. Sahil gets much hurt by her arrogance. Vedika too sheds tears after getting bitter to him.