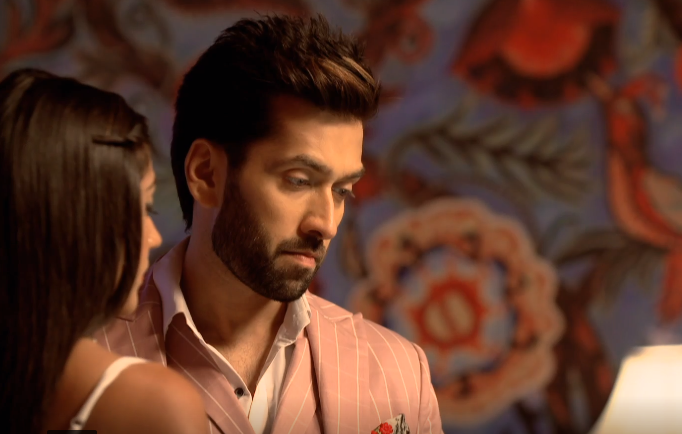 Shivay scolds Khanna when the latter blames Devyaani for stealing Rudra’s gadgets. Shivay gets angry when the elderly lady is blamed. He apologizes to her and also makes Khanna apologize. Devyaani tells them that she has made the icecreams for them. She enjoys the family time with them. Rudra gets more engaged with his gadgets. Devyaani takes away the gadgets from them. When Dadi calls Shivay, Devyaani fears that her truth would come out. She gets saved as Shivay fails to talk to Dadi. She tells them that she visits many houses of her friends and gets to know many things.

Devyaani then clarifies that she was doing this to relieve Rudra from eye strain. Shivay and Bhavya get thankful to her. Shivay makes Khanna apologize to Devyaani again. He doesn’t want anyone to accuse her again and again. Anika and Shivay talk about Devyaani. Shivay gets a gift for Devyaani, who gets emotional seeing their love. Shivay wants to pay respect to her. She fears that her truth will be out once Dadi comes home. Shivay comforts Devyaani’s stay. She feels like losing her happiness again. The family tells her that Dadi is coming home. Devyaani thinks she will be exposed soon. The family doesn’t let her go. They surprise her by getting Dadi. Khanna finds Devyaani leaving in a hurry. He doesn’t let her go. He takes her home to make her face Dadi.

Dadi learns about the friend who is staying with the family. Dadi refuses to know anything about them. Shivay shows Devyaani’s picture to Dadi. Dadi doesn’t identify her. The family then learns that Devyaani has run away. Khanna tells them that she had something valuable with her. Shivay can’t believe it that she had come with an intention to steal at home. He doesn’t know that she had come to gather love from their hearts in her life. They discuss why she lied to them and stayed with them for long. Khanna tells them Devyaani has been watching all the valuables at home. Shivay then learns that Devyaani isn’t a thief. The family checks all the things and find everything in tact. Shivay gets an emotional note from Devyaani and learns the truth of a helpless abandoned mother. He decides to teach a lesson to Devyaani’s son.