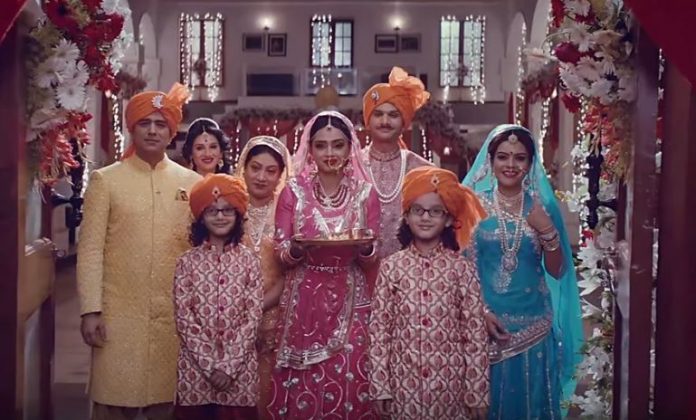 Naira’s surprise for Kartik goes on. She sets up a romantic ambience for him. Kartik can’t stop himself from rejoicing the love of his sweet wife. Naira wants to end his birthday on a good note. She shows him his best birthday gift, that she got his name tattooed on her neck. He asks her why did she bear the pain. She asks him to accept her gift and know that they will never get separated. They romance while finishing his birthday well. The drug dealers reach the farm house to check on Shubham, who is in a bad state already. Naira gets to see the drug dealers. She doesn’t want Shubham to fall in any problem again. She tells them that she will not spare them if anything happens to Shubham. Naira doesn’t see Shubham’s condition. She runs after the goons.

Kartik gets to see Shubham in nearly dying state and receives a big shock. He alerts Manish about Shubham. Manish and Suwarna can’t believe whatever happened with Shubham. Naira gets injured while chasing the goons. Goenkas get a huge shock. They rush Shubham to the hospital for his treatment. Suwarna gets worried as her fears are turning true. Shubham gets critical because of the drugs overdose. Naira gains consciousness and looks for Shubham. She fears that he is in danger. She doesn’t learn about Shubham’s condition that the family took him to hospital. The family learns about Shubham’s drug addiction. The doctor gives their word that Shubham is a drug addict and its a case of drug overdose, they can’t confirm to save Shubham’s life.

They can’t believe that Shubham was hiding his problems from them. Shubham tells them that Naira already knew about him, he didn’t hide anything from her. Suwarna, Manish and Kartik get a big shock knowing this. They can’t believe that Naira has been so careless that she didn’t tell them anything. Shubham gets critical. He asks Kartik and everyone to save him from dying. He begs for his life, which breaks down the family. They see Shubham’s dying state and shatter. Shubham fails to survive. He loses his life in front of the family. They all experience a shocking moment of their life when Shubham dies. Naira didn’t imagine such a worse case to happen. Naira rushes to the hospital. She reaches there by much difficulty. She gets blamed by the family for hiding such a big truth. Naira faces the family’s hatred.