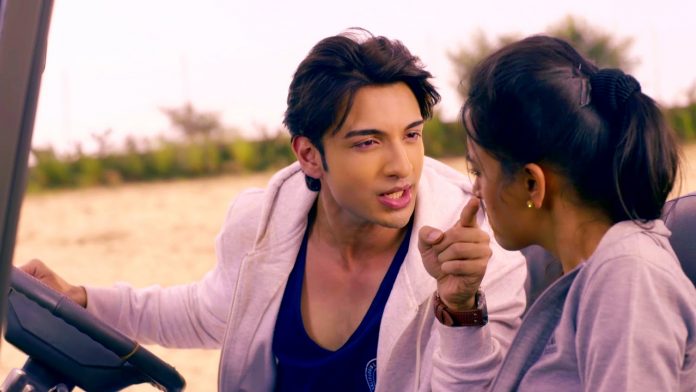 Light moments between Ratan and Diya will be seen. Diya prepares food for Ratan with difficulty. Ratan helps her out in the big task. Ratan finds a chance to romance her. All the problems got solved in the family. He wants to spend some time with Diya. They don’t get time as they have everyone around. Kakisa wants Ratan to be in front of her eyes all the time, because of pandit’s prediction and warning. She stays worried knowing Ratan’s life is in danger. She doesn’t want Ratan to go out of the house alone. She keeps Ratan away from Diya. Ratan hides from Kakisa to meet Diya. Ratan and Yash make a plan to end Kakisa’s fears.

Ratan asks Kakisa not to believe any pandit and their horoscopes, which bring a fear in their minds. He tells Kakisa that if they believe such predictions, their happiness will be short-lived. He proves his point by scaring the pandit. He asks the pandit to predict his own future.

Pandit tells Ratan that his future is good. Ratan scares him of a scorpion and tells pandit that no one can predict future. Pandit runs for his life and falls down. He ends up getting hurt by seeing a fake scorpion. Ratan asks pandit to answer them now, how can prediction save someone’s life. Ratan teaches a lesson to the pandit. He asks Kakisa to see how pandit was speechless, they can’t rely on anyone to shape their future. Ratan doesn’t want any superstitions to affect their happiness. Kakisa understands Ratan’s point and apologizes to Diya and him.