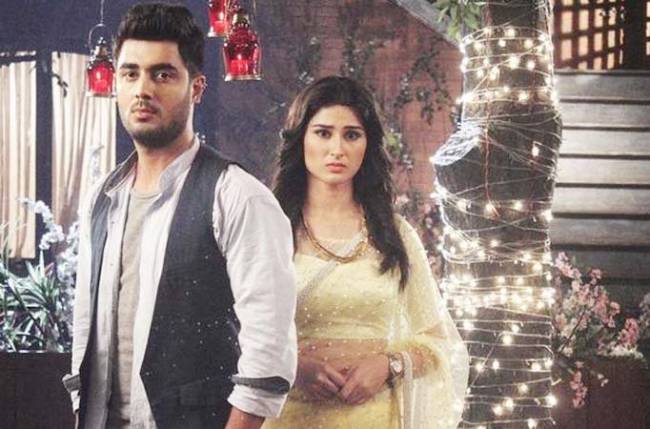 Supriya asks Pooja to leave the house, as her brother is Meghna’s culprit. Pooja agrees to leave if her absence is a relieve for Meghna. She wants to lessen Meghna’s pain. Naren asks Pooja not to leave. He doesn’t let Pooja go. He tells Pooja that they have to get justice for Meghna first. He asks the family not to get against Pooja. Naren and Pooja make a plan to nab Meghna’s culprit. They get a big shock on finding Danish. Naren bursts his anger and beats up Danish, who comes to end evidences from the crime spot. Supriya and Pooja slap Danish and get him arrested. Naren wants to punish himself for trusting Danish so much. He tells Dada ji that Danish has broken everyone’s trust. He can’t understand how Danish can cheat all of them.

The blame gets on Danish, after he is seen in the CCTV footage. Naren tells Danish that he believes Danish a lot, as he is loyal. Naren says Danish is the criminal and we will not spare him now.

Rahul also beats up Danish. Anuj gets saved by the footage. Pooja proves that Naren, Rahul and Anuj are innocent. Everyone vents out anger on Danish, as the crime he did isn’t something to forgive. Danish tells everyone that he is innocent, he didn’t do anything. He begs to Meghna to tell everyone that he isn’t wrong. Meghna tells them that she has got justice, thanks to Naren and Pooja. Meghna is hiding a big truth. She has lied to the family to fulfill her evil intentions.

Later on, Kunal proposes Meghna. It gets tough for Meghna to accept his proposal. She thinks of the challenges Kunal and his family will face from society if they get married. She refuses to him. Everyone explains Meghna that very few people are lucky to get true love, even after so much happened, Kunal loves her, its his true love. Meghna wants to accept Kunal by heart, as she values him a lot. They convince Meghna to accept Kunal’s proposal. Meghna doesn’t want Kunal’s family to face the defamation. She is happy that Kunal is still in her life.