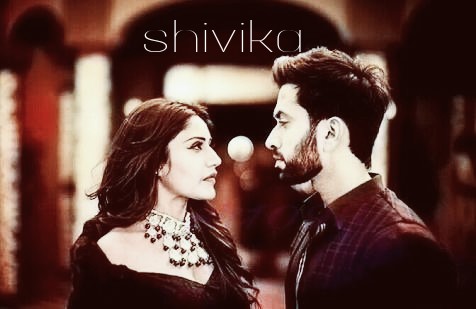 Shivay asks Siddhi Maai to prove her truth by consuming the laddoo. She challenges him and asks him to become her disciple if she is true. Shivay agrees to her. She eats the laddoo and proves that its perfect. She asks him to serve her by becoming her devotee. Shivay obeys her to keep his word. He gives prasad to everyone. They all fall asleep after having the laddoos spiked by Siddhi Maai, who plans to rob the Oberoi family. She gets happy fooling Shivay, as she has made him distribute the faulty prasad. She feels Shivay is a big fool. She influences Dadi and asks her to get all her jewelry and assets, so that she can make her attached with family again. Dadi gives away everything to Siddhi Maai. Siddhi fools Dadi of some havan and tries to faint Dadi to run away with the cash and jewelry. Shivay and the entire family get back in time and catch Siddhi red-handed.

Shivay confronts Siddhi Maai for fooling her family. Shivay calls the media to expose Siddhi Maai. He tells the media and family that Siddhi Maai is a big fraud, who is using people’s devotion and beliefs to rob people. He reveals the plan to Siddhi Maa and tells her that he has changed the drugs bottle in time to fail her plan. He tells Dadi that he has caught Siddhi Maa during the evil act. He reveals to them that Siddhi Maai is having a fake identity to hide her old crime records. He asks people to get over their blind beliefs and see the reality of such clever people. Shivay tells them that Siddhi knew about his smartness and already consumed the antidote for the drugs. He asks Dadi to realize the mistake, as having faith in people isn’t right. He proves Siddhi’s miracles fake. He explains them how Siddhi and her aide have used simple techniques to fool the people.

Shivay also does the miracles like Siddhi Maai to expose her. He tells them that Siddhi is a big planner, she has done everything to trick people and dupe them for money, which she has been doing since years at many places. He asks the family to understand the power of faith, which gives them hope, but its not right that they make it blind faith. He asks them to worship the Lord, rather than giving their responsibilities to such fraud people. He tells Siddhi that he knows her very well. He asks her if her powers can save her from jail. Shivay gets Siddhi arrested. He does a noble deed and saves the society. He teaches a lesson of lifetime to Siddhi.

Dadi feels proud that Shivay exposed Siddhi and opened their eyes too. She feels sorry that she couldn’t know the difference between faith and blind faith. She apologizes to Shivay. Next day, Shivay wakes up early. He finds Anika waking up before him. Her behavior surprises him. She tells him that she has a good news to give him. She falls short of words to express her happiness to him. Shivay asks her if anything is troubling her. She asks him to get ready for the surprise. He wonders what’s in store. Rudra goes missing, which makes the family worried.