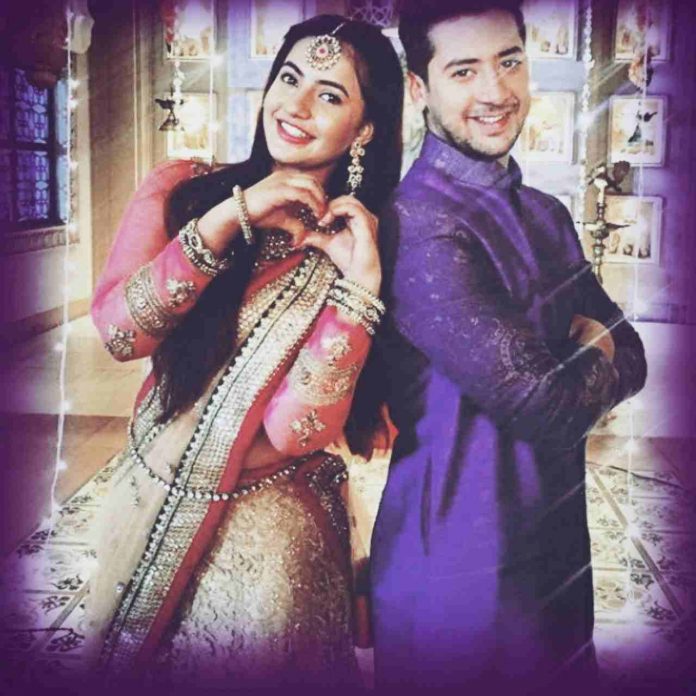 Imli has been playing safe while getting her truth out in front of Chakor. Imli tells Chakor that she has come back in her life to rock it down. She challenges Chakor to expose her in front of Suraj, who doesn’t believe her now. She tells Chakor that she has got Suraj in her confidence, as he is already fed up of Chakor’s growing fears. She makes a plan to intensify Chakor’s fears. She tells Chakor that she will snatch Suraj from her and also Saanvi. Chakor doesn’t want Imli to ruin her happy family. Chakor tells Imli that Suraj loves her and will trust her than anyone else. Imli wants to draw Chakor and Suraj apart. She tries to show that Chakor isn’t dependable any more.

Imli threatens Chakor of ending Suraj’s life by reminding the attack on Suraj in Kashmir. She also reminds Chakor about her evil. She stoops a level down and tells Chakor that she has a big dream to turn Saanvi into a bandhua. Imli wants to hurt Chakor’s sentiments. She drives Chakor to the extent that Chakor loses her cool. Chakor urges Suraj to believe her, that Imli is back in their lives. Chakor fails to prove anything to Suraj, while Vivaan shows his blind belief in his friend Chakor again.

Suraj can’t understand why Chakor is reviving Imli to life by her fears. He doesn’t want Chakor and Vivaan to get stressed by thinking of someone who isn’t alive to harm them. Chakor has seen and met Imli, while Vivaan feels Imli’s presence around. They both want to explain Suraj that Imli really exists in the haveli. Chakor fails to prove her words. Suraj loses his temper and takes a step to slap Chakor. Vivaan protects Chakor from Suraj’s anger. He takes a stand for Chakor and doesn’t let Suraj hurt her. Vivaan keeps his friendship for Chakor, while she sheds tears being hurt by Suraj’s behavior. Vivaan gets stressed and goes for a morning walk. Suaj accompanies Vivaan. The brothers have tea at the roadside stall. Suraj tries to comfort Vivaan by drinking the tea in the latter’s style. Vivaan explains Suraj that Chakor isn’t wrong. He hugs Suraj. After Suraj makes a move, Imli sends her goons to kill Vivaan.

Imli plans a fatal attack on Vivaan. She reaches Vivaan at night. She gets a knife to stab him to death. She proceeds towards Vivaan to make him sleep forever. Imli finds Vivaan a big threat for her. Vivaan gets alert. He wakes up and asks who is she. He gets a big shock seeing an assassin in the room. Imli hides her face in the darkness. She fails to kill him. Vivaan tries to find her. Imli runs to Archana’s room, where she hides always. She changes the disguise so that Vivaan doesn’t identify her. Vivaan doubts that its Imli. He wants to catch Imli and punish her for all the tortures she did on her.

Imli is the reason for Chakor’s fears. Chakor and Suraj have an argument. Suraj gets angry on Chakor. He is unable to understand Chakor’s behavior. He says your fear will make Saanvi a toy, who doesn’t know anything, Vivaan isn’t mentally stable, don’t believe him. She tells him that she needs his trust, love and support in this tough time, but he isn’t able to understand her. She asks him to prove his love by supporting her, even if he feels she is wrong.