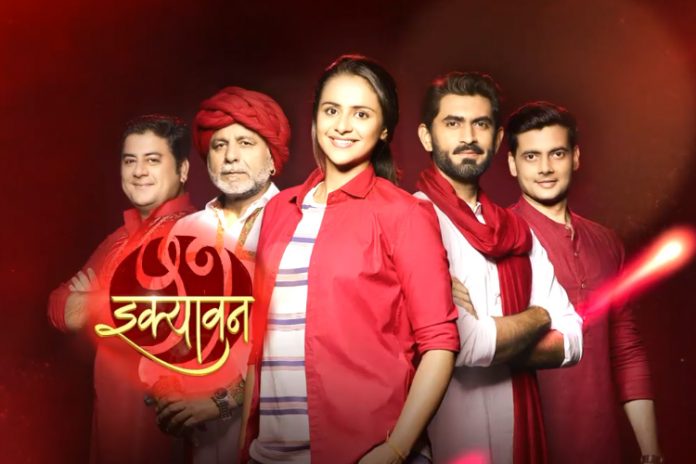 Satya makes a plan for Leela. He makes the radium powder spread on the floor so that he can get Leela’s footprints. He aims to follow and track Leela’s hideout. Satya keeps an eye on Leela and finds her in the kitchen, stealing food. He wishes to run and catch her to ask about Susheel. Leela leaves from there, unaware of the foot prints. Satya gets puzzled when he sees the footprints reaching his room. He doesn’t understand where did Leela disappear. He tries to check the wall. He feels he isn’t reaching to any end. Leela spies on Satya. She asks him what is he up to. He tells her that he has lost to her. She tells him that she knows this very well. He asks her to stop such gimmicks so that they can end the fight and live happily together again.

He wants Leela to pamper him again. He requests her to forget this hide and seek. She tells him that she knows he will ask about Susheel and try to get her arrested. He tells Leela that he assures her that none will complaint against her. He asks Leela to come back to them once. Sejal and Kali also request Leela not to end everything by her hatred. They remind the family moments to Leela and make her emotional. Kali asks Leela to come back for Satya’s sake. Satya tells Leela that he is waiting for her.

Sejal tells Leela that they will stay with her happily if she leaves the crimes. Leela gets influenced seeing them. Satya tells them that they will listen to Leela, as she is freeing Susheel now. He wants Susheel to get freed. Kali wishes Susheel is fine. She makes prayers for Satya and Susheel. The family tells Leela that they are waiting for her and doing the arrangements to welcome her back. Satya tells Sarthi that he will take against Leela back. He assures that Leela won’t hurt Susheel now. Leela tells Satya that she got emotional talking to him about the new start, but she isn’t a fool to free Susheel. She aims to show them dire consequences. She scolds Satya for valuing Susheel more than her. She gets threatening them again.