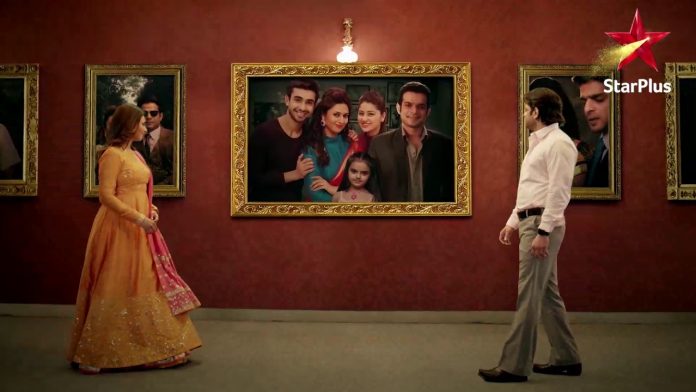 Raman ruins Ishita’s house in a fit of rage. He yells at her that she doesn’t deserve to be called a mother. Ishita breaks down by facing his hatred. She fails to explain herself to Raman. She ends up shedding tears. Mr. Bhalla calms down Raman and takes him home before things go out of control. Mihika informs Romi about Raman’s angry show down. Romi tells her that he is fed up of handling the family emergencies. She asks him to be dutiful towards his family. He tells her that this isn’t a normal family which he wanted. He doesn’t want to get involved in the issues. Pihu rushes back to Ishita and apologizes to her. Ishita really feels she is at fault and she is paying for her sins. Pihu tells her that she will always stand with her. Ishita asks her to go home, else Raman will create a scene again.

Roshni calls up Ishita and gets to talk to Pihu. She tells Pihu how much Ishita misses her. Pihu asks Roshni to come back to Ishita and look after her, as the family has ended ties with her. Roshni gets worried for Ishita. Ishita asks Pihu to inform the family about her outings. She sends off Pihu with Raman. Raman gives a final warning to Pihu. He asks Pihu not to go to Ishita again. Raman goes to meet a woman, who invites him at the pub. He isn’t aware of her bad intentions. Ruhi learns that Parmeet has helped Pihu in escaping so that the problems at home get high. She asks Pihu not to be careless and know about their enemies. She wants Pihu to stay away from Simmi and Parmeet. Ruhi shares the problems with Aaliya. Aaliya tells Ruhi that Shagun refused to meet Pihu, stating her hatred for Ishita and Pihu.

Pihu requests Aaliya to take her to Shagun. Aaliya promises Pihu that she will take her to Shagun afterwards. Ruhi asks Aaliya why did she lie to Pihu, as they know about Shagun’s depressed state. Aaliya tells Ruhi that Shagun holds Ishita responsible for Adi’s death. She doesn’t think Shagun will forgive Ishita. Roshni lands at Ishita’s house and finds the house messed up. Ishita reveals that Raman has been throwing out his anger on her, which is justified. Roshni asks her not to tolerate Raman’s anger. Ishita tells Roshni that she is willing to live just to see Adi and Roshni’s child. She recalls the day when she has shot Adi and tried to commit suicide. Roshni has given new hopes to Ishita by revealing about her pregnancy. Ishita tells Roshni that she just wants to ensure a good life for Adi’s child. Aaliya hates Ishita for supporting Roshni.