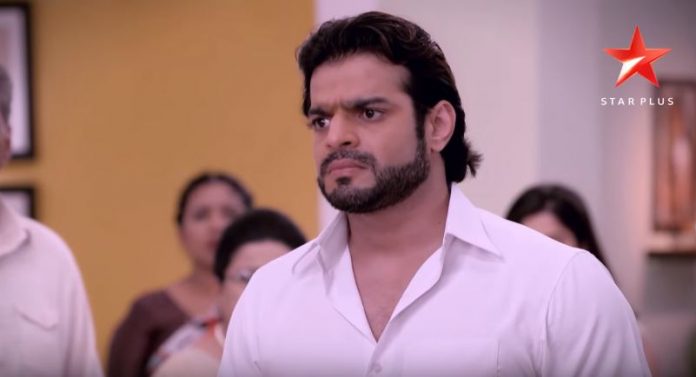 Raman dines in the same restaurant where Ishita comes with Roshni. Raman turns Ishita jealous by dating a lady. He wants to hurt Ishita. He does a drama to break Ishita’s heart. He hides his feelings for Ishita. Ishita sees him getting lovey dovey with the lady and feels hurt. Ishita gets into an argument with the lady. Raman sits silent, enjoying their cat fight.

Raman gets to hear a man teasing Ishita and passing cheap comments at her. Raman gets too angry and beats up the man, asking how can he misbehave with a woman. Raman doesn’t want to tolerate anyone disrespecting Ishita. He scolds the manager for having such a standard of his restaurant, such cheap customers shouldn’t be allowed inside. He proves out that he still loves Ishita. The lady who is dating Raman, asks him why is he reacting such when a man commented about his ex-wife. Raman tells her that he really hates Ishita. She says I don’t think you hate her. She gets angry that Raman still loves Ishita. She walks out of the restaurant, and advises Raman to go back to Ishita.