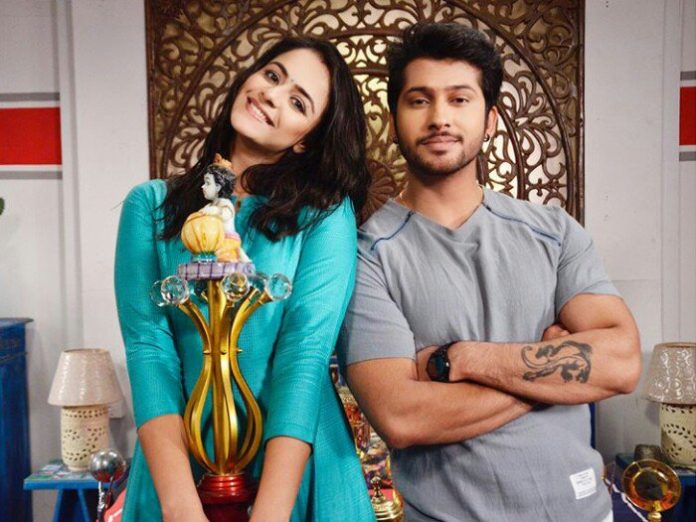 Satya apologizes to Susheel and asks her to give him a last chance, as he wants to keep her happy. He has realized his love for her. Susheel tells him that she loved him a lot, but she has to move on now and make a career in wrestling. She accepts that he regrets for his doings. She apologizes to him as she has left him behind forever. Mehul asks Susheel to give a chance to Satya, who is really repenting for his mistakes. Susheel tells them that she aims to take part in the Olympics. She tells them that she has gone ahead of everything and doesn’t want to depend on anyone again. Satya asks Susheel to give a final chance and not leave him this way. He then accepts her rejection. She doesn’t take the Mangalsutra from him.

He tells her that he will wait for her, he will support her dreams, but he will always love her. He doesn’t want to let Susheel go away from him. He sacrifices his love for Susheel to let her go ahead and make her name. The family feels Susheel should leave her anger and move on in life with Satya. Satya asks Susheel to follow her heart. He doesn’t want to become a hurdle in her dreams. He knows he can’t change Susheel’s decision. He packs Leela’s stuff to get rid of her bad memories. He realizes his mistakes. He tells Kali that he has realized what Leela meant to do with them, now he just has hatred for Leela. He asks Jhanno to burn Leela’s belongings. He stays in painful phase without Susheel. He realizes he immensely loves Susheel. He asks Kali and Sejal not to talk to Susheel for coming back home. He doesn’t want anyone to pressurize Susheel.

Sarthi asks Satya why is he not chasing his love. She asks him to follow up Susheel and not lose courage so soon, even if Susheel doesn’t want him in her life. He tells her that he has done wrong to cheat Susheel, he doesn’t want to snatch his wife’s rights now. He wants Susheel to be free and decide for their relation. Sarthi asks him to then respect Susheel’s decision and not misunderstand her. She tells him that for a wrestler, the soil becomes a friend, like it serves every relation, which would guide Susheel to the right direction. Satya wants to live with Susheel and be with her in all good and bad times. He loves Susheel a lot, and doesn’t want his love to become a barrier for Susheel.

Sarthi asks him to become Susheel’s friend, than her husband. She tells him that he can’t be judgemental about Susheel. Susheel prepares for her Olympics. Kali blesses her. Everyone wishes Susheel all the best for her big success. Satya doesn’t lose hopes. He reaches Susheel again. He gives her the Mangalsutra and hugs her. He tells her that he loves her and will always be with her as a friend, till she changes her mind. He promises to always cheer her up. Satya thanks Susheel for teaching him so much in his life. He tells her that she will always find him close. Satya and Susheel turn into good friends again. They have a sweet moment. Ikyawann wraps up with Susheel’s decision of following her dreams.