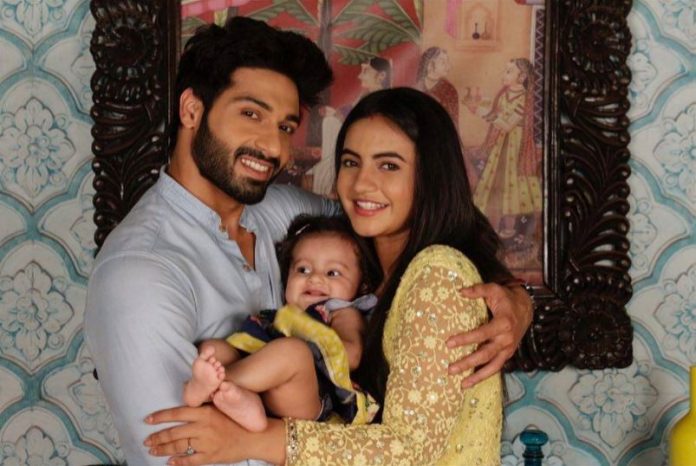 Vivaan informs Suraj that Chakor has lost her mind, she is after Saanvi’s life. Suraj worriedly tries to find Chakor and Saanvi. Chakor behaves mad when she imagines Saanvi as Imli’s doll. He asks Chakor to come home with him, what is she doing, he was finding her everywhere. She is scared of Imli. She takes Saanvi with her and tells Suraj that she will throw away Imli’s doll and every memory. Suraj stops Chakor from the madness and asks her to realize that Saanvi is their daughter. Chakor doesn’t listen to him.

Suraj asks Vivaan to distract Chakor till he finds a way to save Saanvi. Chakor asks Suraj and Vivaan not to step ahead, else she will jump down the cliff. She gives them much tension. Vivaan too doesn’t understand why Chakor is behaving mad. Suraj rushes to Chakor and stops her from throwing away Saanvi. He catches hold of Chakor and snatches Saanvi from her. Chakor goes out of control. She tells Suraj that Imli will kill Saanvi. She cries a lot. Suraj worries for her. He tells her that he won’t scold her and won’t keep any conditions. Kasturi, Tejaswini and everyone really panic seeing Chakor’s odd behavior.