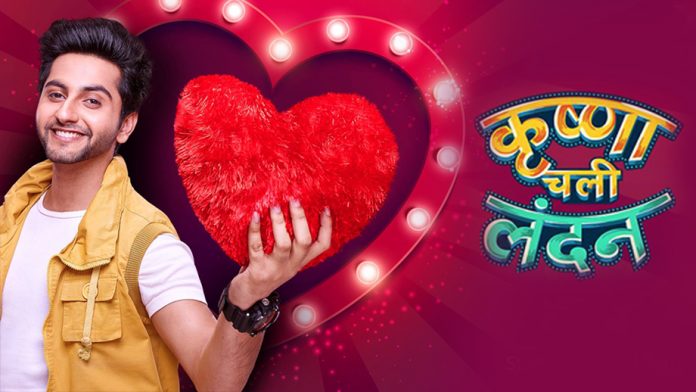 Krishna gets emotional when she has to leave from her home after Pagphere. Krishna loves her family a lot. Dubey blesses her. Krishna feels she is unlucky to get such bad in-laws. Shukla shows off his educated bahu to everyone. He tells her that he has got the giant globe so that she can answer everyone and get their family respect. Krishna finds them totally crazy. She gets frustrated and holds everything within.

Krishna blames Radhe and tells him that Dubey took loans to gift him a bike. She gets upset with him. She vents out her annoyance. Radhe tells her that he will help her. He goes to get a buffalo for her by selling his bike. He falls in cow dung. Shukla learns the matter and realizes Radhe has done this because of the bike. He gets angry and snatches the bike from Radhe. He takes it as a humiliating chapter for the family. Radhe loses the buffalo and bike too. Radhe scolds Krishna. He tells her that he has dreamt to have a bike and take her on a ride, it was his childhood dream, but he didn’t get the bike. Krishna gets worried when he acts strange.

Saajan gets angry on finding Radhe crying. He can’t see Radhe in pain. He feels Radhe is too innocent and doesn’t deserve sorrow in life. He gets emotional and goes to talk to Krishna. He tells her that Radhe is a big idiot, he doesn’t know anything, he is very simple, the world is bad and Radhe doesn’t understand. He tells Krishna about Radhe’s dream for his bike. He scolds her for putting Radhe in the problem, because of which Shukla has sold Radhe’s bike. Saajan tells Krishna about his strong friendship with Radhe. He holds Krishna responsible for hurting Radhe’s heart. He tells her that Radhe loves her a lot and did everything for her sake. She realizes Radhe isn’t a bad person. She wants to fulfill Radhe’s dream and get his bike back. She tells Saajan that she will not break Radhe’s dreams, as she values dreams a lot. Saajan requests her not to play with Radhe’s emotions.