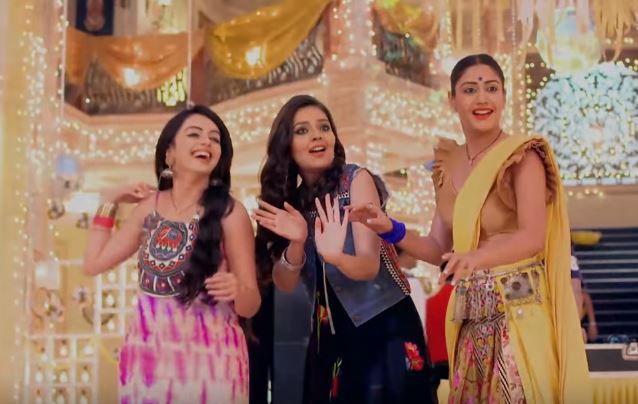 Gauri and Bhavya will be seen in Ishqbaaz’s new story. Shivay and Anika are seen in much different light. The love stories of other Obros will also be beginning. Bhavya comes home to arrest Shivay. She introduces herself as the ACP and tells him that the reporter has complaint against Shivay for thrashing him up. Rudra tells her that she can’t even touch Shivay, they won’t let the arrest happen. She tells Rudra that she has got the handcuffs for Shivay. Obros call the commissioner and dismiss the case. They make Bhavya apologize to them. Rudra then mocks Bhavya and tells her that no matter what’s her rank, she isn’t bigger than the Oberois. He makes her apologize repeatedly. Bhavya makes a leave from the mansion.

The girls Anika, Gauri and Bhavya will be seen romancing the Obros. They won’t be seen having a nuptial tie up. Bhavya will be having clashes with Rudra. Their love story will be seen in the coming track. Bhavya’s tashan hits with Rudra’s rich attitude. She gets disappointed when she fails to prove the power of law.

Anika and Gauri show their lovely bond as Trivedi sisters. Anika cares for Gauri and Sahil’s happiness. She wants to earn a good living for her siblings. Anika’s life revolves around them. Gauri’s regular Dabanng style and Bhavya’s ACP ego will remain the same in Season 2 of the show. Anika prepares the food for Gauri. Gauri likes the aroma and taste. She praises Anika. The sisters still celebrate their extended childhood moments, unlike the old season. Anika and Gauri get insulted by Sahil’s mum. Anika doesn’t want anyone to hurt Gauri’s sentiments. Anika is seen as calm and composed person. Gauri scolds their aunt and takes a stand for her elder sister. She gets into a fight with her aunt.