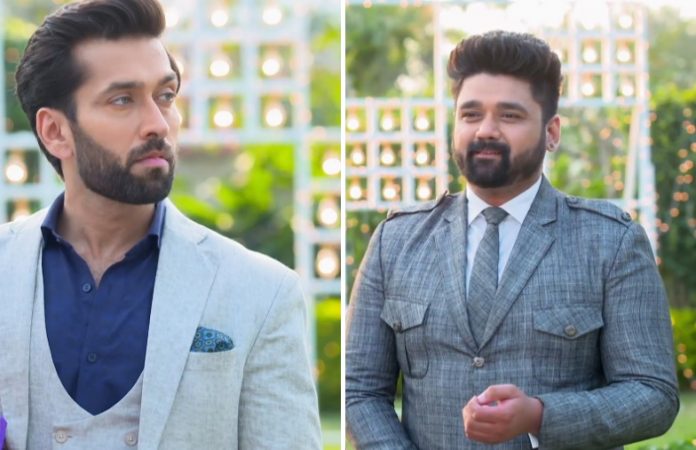 Shivay and Anika’s hits and misses begin. They both reach the temple. The history repeats, but not completely. Situation and the story changes, but the feelings in Shivay and Anika’s hearts are still the same. They both feel a connection, but are not aware of each other. Anika questions Shivay for getting VIP treatment in the temple as well, when Lord treats everyone equally. She angers Shivay by her verbal confrontation. Shivay misses to see her. Destiny delays their meeting.

Priyanka returns home and surprises Shivay. They have an emotional moment. Priyanka dances with his brothers. She tells him that she took up an early flight to double his happiness. Shivay gets concerned for her. His relation with his sister will be emphasized. Priyanka gets gifts from them. She tells them that she missed them a lot in London. She gets talking to Shivay and unknowingly drops the tea cup.

Shivay sees this and puts his hand in between to save her. His hand gets burnt by the hot tea. She gets petrified and cares for him. Shivay is seen very protective about her, like Anika is protective about Gauri and Sahil. Obros and Priyanka discuss about the Roka ceremony. They decide to have a performance. On the other hand, Anika struggles in her life to get a job. She meets Khanna, her Rakhi brother. He tells her that he will help her in finding a job. He takes the wedding planner portfolio from her. Khanna recommends Anika to Shivay and asks him to hire her if he finds her suitable. Shivay considers Khanna’s request. Dadi tells Shivay that love and marriage are equally important in person’s life. Shivay gets to see the folder and likes her work. Obros applaud her work. Shivay tells them that he feels like he knows her. Elsewhere, Nikhil asks Anika for financial help again. Anika tells him that she doesn’t have money. He checks her purse and gets the money, which she is saving for Gauri’s fees. Nikhil gets greedy. His evil intentions will be surfacing. Nikhil’s true face will be known to Anika.