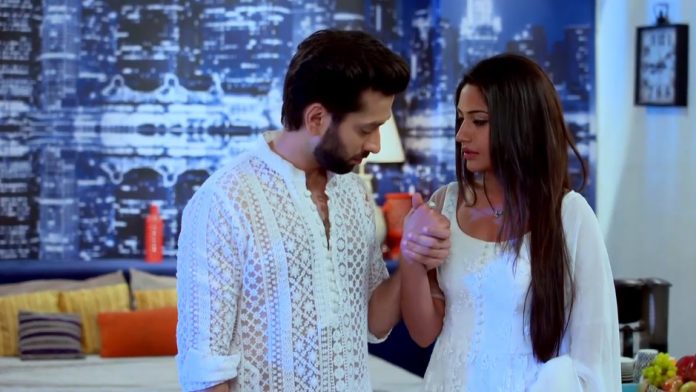 Priyanka gets touched by Shivay’s love. She tells him that she never missed their parents since he filled in their places perfectly. She thanks the Lord for giving her such a doting brother. She hugs Shivay and cries. Shivay consoles her and tells her that she can do anything for her. Omkara and Rudra meet Priyanka and receive their gifts. Anika loses hope when she thinks of the last interview. She then gets a call and learns a good news that she may get the job. She goes to Oberoi mansion to get her file from Khanna.

Shivay gets ready for his Roka. He feels like having some connection with Anika. Anika too feels some bond unknown to her senses. Shivay wants to know who is Anika. Omkara and Rudra tease Shivay. They prepare him for the ceremony. Dadi tells Tia that she is happy to keep Shivay and Tia’s Roka. Anika walks in at the time of Roka ritual. She misses to see Shivay. The Oberois keep dancing and celebrating. Dadi gets emotional and does the rituals. She wishes Shivay’s parents were alive on this day.

Anika looks for Khanna. She follows him and goes to the ceremony hall. The chunri flies in the air, and goes to the one to whom it belongs. The bridal chunri falls over Anika when she goes to get the file. Shivay and Anika come face to face when he lifts the chunri and sees her face. He falls in love at first sight with her. He then breaks the mesmerizing moment and takes the chunri for Tia. How will the story move ahead with Shivika’s different love twist? Keep reading.