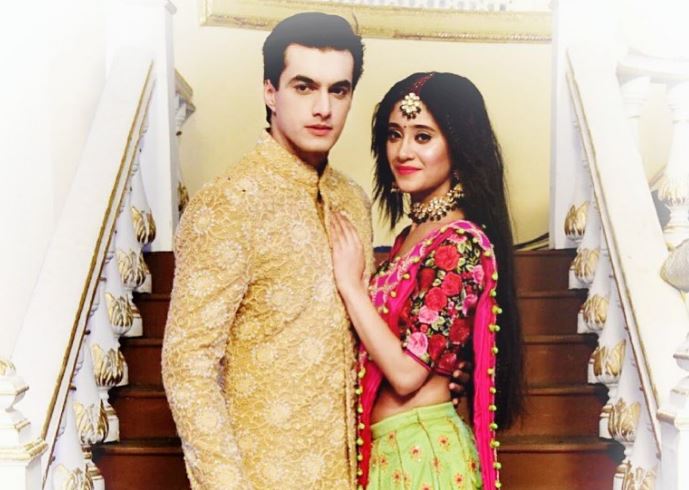 Naira knows Dadi would worry for Kartik and sends a message to Dadi from Kartik’s phone to tell his welfare. Naira takes care of Kartik. She takes him to her flat, so that Dadi doesn’t see him in the drunken state. Naksh gets fed up hearing Naitik talking about Naira all the time. Naitik then tells them about Kartik and Naira sharing the same college and building. He tells that they aren’t on talking terms yet and even his request to Dadi went in vain. The family gets angry on Goenkas who are not forgiving Naira. Bhabhimaa tells Naitik that Suwarna is getting Kartik re-married. Naitik gets a huge shock. He fears that Kartik and Naira will get separated forever. Kartik and Naira reach home. Kartik forgets his annoyances and gets close to Naira. He tells her that she is his wife and they can romance. He forgets his past for some time.

Suwarna makes it clear that she will never forgive Naira. She tells Manish that they can get Kartik remarried. Manish scolds her and asks her not to think of such a thing, since Kartik loves Naira and is wedded to her. Suwarna tells him that she will never let Naira come back in Kartik’s life. She recollects her pain of losing Shubham. Manish worries for his house’s shattering. Naira asks Kartik to go to sleep and not chatter. Kartik romances her and tells her that he loves her a lot. He forgets the two years of his life and feels he is still in Goenka house with Naira.

Naira realizes the situation and asks him to stay inside the room, while she checks who’s at the door Naitik plans a surprise for Naksh and gets him to play video games. He asks Naksh to find out if Kartik is really re-marrying. Naksh asks Naitik why didn’t he tell him about Kartik’s stay in Mumbai. Naitik tells him that they couldn’t talk well, while he was away. Naitik tells Naksh that they will always be in the same team, and gets emotional. Naksh likes to spend time with his father. Naitik expresses his concern for Naksh. He tells Naksh that being a father, he wants to share his problems. He asks Naksh to vent out his annoyance and not keep anything in heart. Naksh tells him that he terribly misses their old time, he misses him and Naira a lot. Naksh wishes that the family gets back together. Naitik hugs him.

Naira makes Kritika leave from the house. Kritika still sees Kartik in Naira’s flat. She laughs seeing his stumbling state. She asks Naira about Kartik. Naira lies to her. Kritika laughs seeing them and runs away. Kartik starts behaving kiddish. Naira goes to sleep, while Kartik doesn’t get sleep. He sticks around Naira and recalls their good time. Later in the morning, Kartik and Naira realize their proximity and get away. Kartik gets rude to her and asks her why did she get him home. Kartik thanks her for all the help and makes a leave from her flat. Dadi calls up Kartik to know about his whereabouts. Naira asks Kartik about his drinking habit. Kartik doesn’t answer her. They both stay hurt over their separation.