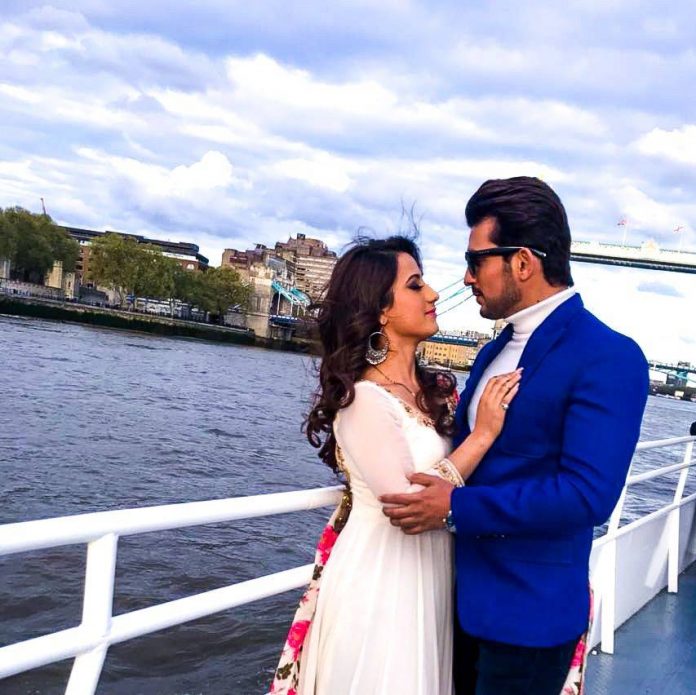 Aarohi just regarded Danny as her friend. When he proposed Aarohi, she raised a hand on him. She doesn’t like Danny’s feelings for her. She scolds him for cheating her friendship and proving her wrong. Aarohi asks Danny to leave the house. Danny gets against Deep. She tells Danny that he has disappointed her a lot, after seeing his misbehavior with Deep, she will not tolerate him. She asks him how can he doubt on Deep, knowing Deep has saved her and Chavanni’s lives. She praises Deep. She shows her belief in Deep. She tells him that she will just love Deep. He tells her that its her biggest mistake, Deep doesn’t love her. He says I can’t see when you madly run after Deep for his love, he is fooling you, he insults you all the time, I can give you the deserved love, I have missed you a lot and worried for you, which made me realize my love.

Deep overhears their conversation. She sees Deep and runs to stop him. She doesn’t find Deep. She scolds Danny for spoiling Deep and her relation. She says Deep’s life is in danger, Roma and Virat are chasing him to kill him, if anything happens to Deep, I will not forgive you.

Aarohi stays tensed. Deep plays dhol and surprises Aarohi. He reaches Aarohi’s house and proposes her. Aarohi accepts the proposal. They both dance and romance in front of Danny. Deep brings interesting twists by declaring his marriage decision. He gives the wedding invitation card to Danny. Deep asks Danny to be happy and come to grace their marriage. He turns Danny jealous. Deep and Aarohi will be marrying again.

Deep and Aarohi romance. He tells her that he is much possessive about her, and doesn’t want anyone to separate them. Tara learns about Deep’s remarriage decision. She stabs Aarohi’s picture with glass and then burns Deep’s picture to vent out anger. She can’t bear Deep’s cheat. She prepares a thorn garland for Deep and Aarohi. Her hands bleed while she makes the thorns garland. She doesn’t get affected by the pain. Roma asks her not to shed her blood for someone else. Deep tries to know his past and goes for the hypnotism session. He gets close to know the past.