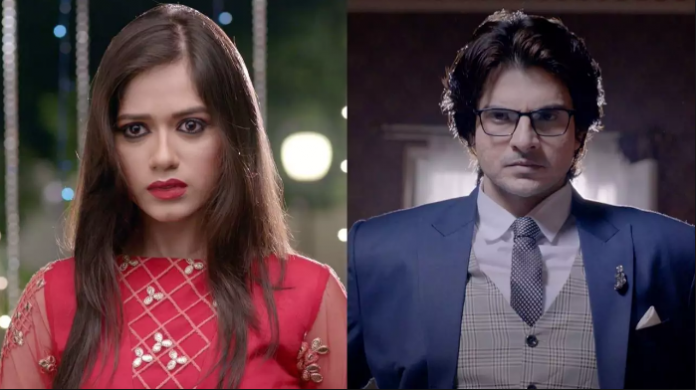 Sheetal gets shocked when JD tells her that he would be performing her final rites before he starts a new life with Pankti. He asks Sinha to kill Sheetal and relieve him from the duties. Sheetal gets lucky to save some time, when Pankti calls Reyansh, and JD makes a leave to meet her. Pankti tries hard to fool Reyansh that she is more interested in him than Ahaan, owing to the cropping differences between them. Still, JD as Reyansh finds out that Pankti is cheating him by mocking friendship. He informs Sinha that Pankti and Ahaan are upto something. He understands their plan, being the smart mean man. JD then goes on to his back up plan and asks Sinha to kidnap Ahaan.

Pankti and Ahaan try to find Sheetal. Pankti makes a risky plan and tells Aparna that she has to risk her life in order to expose JD. Aparna blesses Pankti and asks Ahaan to stay as Pankti’s shadow while she meets JD. Ahaan and Uday try to secure Pankti.

Pankti wants to stay ahead of JD and fail him in his own plan, while JD aims to snatch her from Ahaan forever, even if he has to go to the extent of killing Sheetal and Ahaan. JD’s truth gets exposed in front of everyone. JD kidnaps Ahaan. He beats up Ahaan and blackmails Pankti to come to him. He makes a video call and shows Ahaan’s terrible state to her, asking her to surrender if she really cares for Ahaan. Ahaan asks Pankti not to come to JD. Pankti gets worried for Ahaan and Sheetal’s lives.