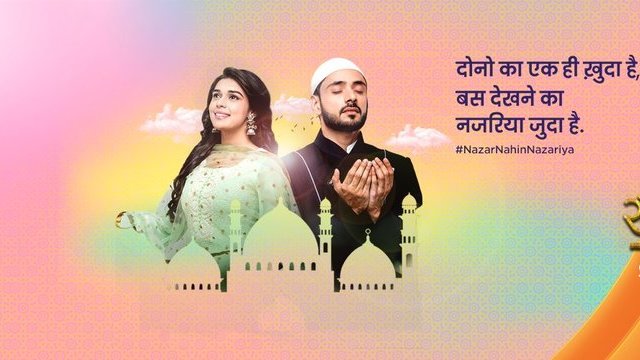 Zeenat calls police home. Kabeer faces the new blames. Inspector tells him that he has come to arrest him. Kabeer asks his crime. The divorce news of Zara and Kabeer spreads soon. Kabeer’s arrest shocks everyone. Zara stops the inspector and tells him that she is Kabeer’s wife, she isn’t divorced with Kabeer. Zeenat taunts Zara for calling the police home. She says maybe Zara has called police knowing Triple Talaq is not legal anymore, she is taking advantage of her knowledge, she wants to get more famous by fighting for women rights.

Zeenat wants to take revenge as Ruksar was ousted because of Zara. She wants to throw out Zara from the house. She provokes Kabeer’s dad about Zara. She asks the family to end ties with Zara. Zara doesn’t care for anyone’s taunts. She tells them that she spoke to Kabeer and would stay with him. Kabeer doesn’t hate Zara, but doesn’t end the fights either.

Zara has promised Kabeer’s mum that Kabeer will cook the food today. Kabeer’s mum gets happy knowing this. He gets to see her happy and wants to fulfill Zara’s promise. Zeenat tells him that even if Zara doesn’t come in kitchen, she is there to help him. Zara and Kabeer cook the food together. Kabeer doesn’t want to take her help. He wants to cheer up his mom. Zara assists him. Zeenat provokes Kabeer by hitting on his ego. She asks Kabeer if he will cook food at home and send his wife for work. He gets angry and leaves from the kitchen. Zara tries to make an apology to him. Zara asks him to apologize for going against Shariah board. Kabeer asks Zara to resign from Shariah board. She tells him that she will do this if he takes back his resignation from Shariah board and apologizes to her father. She keeps her conditions. She agrees to sign on the documents if he listens to her. Kabeer doesn’t understand what she wants. Zara wants Kabeer to get forgiveness from his mum. Zara tries to bring Kabeer and his mum together.