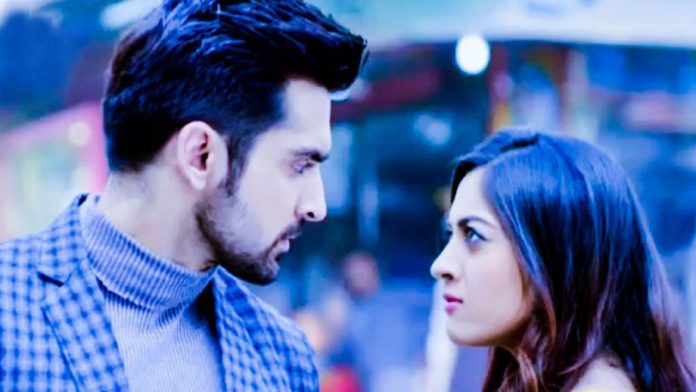 Meera and Vivaan have a fight. He asks her to vacate his house. Meera refuses to him. He threatens her family and breaks things in anger. He asks them to get lost. Vivaan’s bad behavior hurts Meera’s heart. They both turn into rivals. They clash shocks the family. Meera slaps him. Vivaan vents out anger on Meera’s family. He asks them to get lost right away. The hatred between them gets high. They both shed tears after hurting each other.

Meera gets trapped when some goons light some important documents and run away. Vivaan finds the goons and shouts out. The goons run away. Vivaan tries to save the documents instead of catching the goons. Meera sees the fire and gets angry on Vivaan. Vivaan rescues her from the fire. She angrily breaks the furniture. She assumes that Vivaan has burnt her documents to trouble her. She misunderstands him. Vivaan tells her that he didn’t hire any goons. Meera doesn’t listen to him.

Meera files a police complaint against Vivaan. Things get really terrible between them. Police comes to arrest Vivaan. He handles the matter and fails Meera’s move. Meera is much angered as Vivaan has insulted her parents. She declares a war between them. She tells inspector that Vivaan tried to burn her alive and when he failed, he burnt her documents. Vivaan tells her that he will be coming back in an hour and till then he wants her out of the house. They both misunderstand each other. Vivaan gets emotionally let down. He thinks Meera’s hand got burnt because of him. He is being rude to Meera because of the blackmailer. He is doing everything to secure Meera and her family. He is faking anger which makes things worse. He hurts himself by walking on glass pieces. He wants the pain to make him forget his heartbreak.

Asus ZenFone 5Z in India competes with OnePlus 6 and Honor 10.