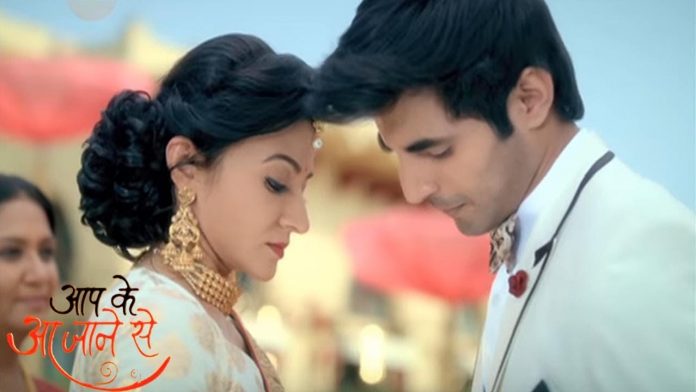 Sahil gets shattered once again. He loves Vedika a lot. He can’t see anyone else as his wife. He feels cheated once again, when she marries Yash. Sahil gets angry on Yash for coming between them. Yash gets the goons to beat up Sahil. He throws out Sahil from the mandap. Vedika slaps Sahil and asks him to leave. Sahil tells her that he can’t let her marriage happen with someone else, as she is just of him. Vedika asks Sahil not to make things too tough for her. He tells Vedika that he won’t forget her ever.

He is confident about the power of love. He wants to explain her that his true love will soon reach her heart. He loves her regardless of age difference. Sahil sheds tears seeing her pictures. He gets drunk and loses senses. He ruins his own room. He hurts himself. He reacts angrily, which Vedika expected from him. She asks his family to pacify Sahil. Sahil creates a huge scene. He doesn’t know that Vedika married Yash to save him.

Sahil can’t bear Vedika’s cheat. He gets hurt and falls in trauma. Sahil gets treated by the doctor. Badi Amma learns that Sahil has slipped in coma. She scolds Vedika. Vedika apologizes to her and asks her to just meet Sahil once. Puneesh takes advantage of the matter. He tries to inject poison to Sahil and kill him. Vedika worries for Sahil’s life. She wants to explain him that she has married Yash just for his sake. She talks to Sahil so that she can bring him out of the prolonged unconsciousness.