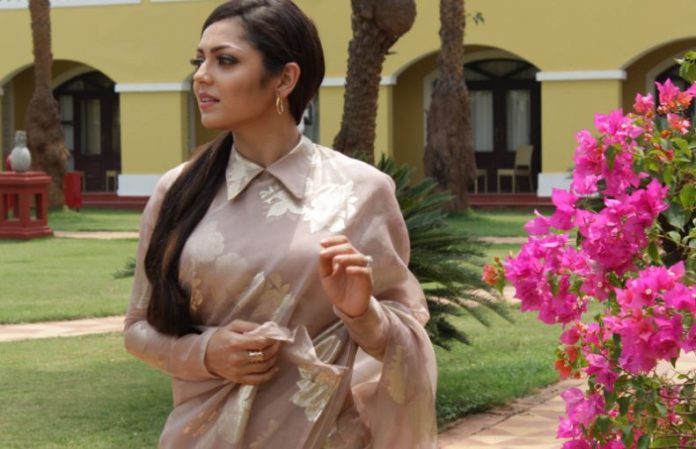 Udaan:
Chakor breaks down seeing Imli’s madness. Imli doesn’t get convincing. Tejaswini gets scared and tells Suraj and Vivaan that Imli has attacked on her. She explains that Imli is really dangerous for them. She asks Chakor to send Imli away, Imli has done much wrong with them and now its time they should just get rid of Imli. She tells Chakor that everyone is against Imli. Suraj asks Chakor to send Imli to mental asylum. Chakor worries for Imli. She has always loved Imli. She explains everyone that Imli needs love and care, her mental imbalance can be treated with time. Vivaan scolds Imli. He tells Chakor that he has rescued Tejaswini. Imli sits in a corner and tells Chakor that she will kill herself or them.

Chakor supports Imli a lot. She forgives Imli for everything, as past is past. She sees Imli’s present state, which is very much vulnerable. She doesn’t want to take any chance with Imli. She tells them that it will be much wrong if they fear for their lives and put Imli’s life in danger. Suraj, Vivaan and Tejaswini get upset with Chakor’s stubbornness. They want to oust Imli from the haveli.

Kunal and Mauli get Nandini for a burger party. They bring a smile on Nandini’s face. Mauli wishes Nandini forgets everything. They crack jokes and makes the moment memorable for Nandini. Nandini still thinks of Rajdeep’s threatening and worries. Kunal and Mauli want Nandini to move on in life. They teach Nandini the real lessons of life, so that she can accept the fate and move on to new happiness. Nandini likes their bonding. Kunal and Mauli fight like kids and laugh. Nandini is depressed by her life. They try to cheer her up and realize her old self. They play games in the market and divert her mind by involving her. Kunal isn’t insecure about Nandini’s presence in their lives. He is supportive of Mauli. He tells Nandini that Rajdeep is in jail and he can’t do anything against her now. He wants her to forget the past and make a new start.