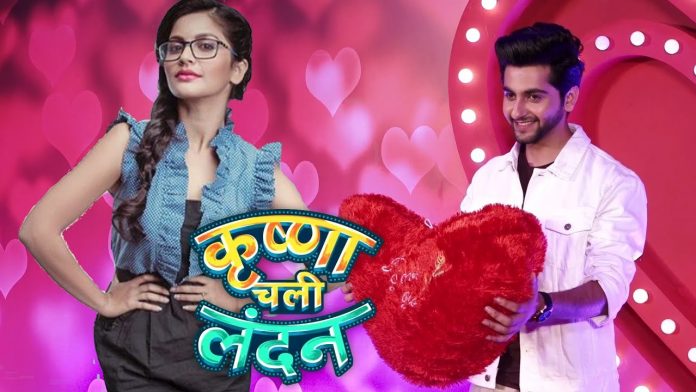 Radhe meets his doctor for the medical reports. He gets his leg fracture x-ray reports. Krishna has her dream incomplete. She wanted to become a doctor. She gets involved in knowing the treatment process in detail. Doctor tells Radhe that he got recovered completely. Radhe acts that he is still in pain, so that Krishna stays back with him and takes care of him. Krishna tells Radhe that she will not leave him in pain. Radhe gets happy. Doctor realizes Radhe is faking his illness for Krishna’s sake, and lets him keep the lie. Radhe finally takes a stand for Krishna. Krishna urges him to oppose his dad and make him apologize to her for his big mistake. Radhe gains courage and goes to his dad to confront.

He tells Shukla that everyone apologized to him whenever they made mistakes, but this time Shukla should apologize as he has done wrong. He rages Shukla so much that Shukla calls some politician and uses his contacts to send Dubey to jail.

Krishna gets a bigger shock knowing Shukla has punished her dad this way. She finds Shukla a wrong person, who doesn’t realize his mistakes. He asks Radhe to correct the wrong. Radhe argues with Shukla, who is doing much wrong with Krishna and Dubey. He asks Shukla why did he complaint against Dubey, does he know that Dubey got beaten up in the jail. Shukla accepts that he has sent Dubey to jail, as he is running a clinic without a medical degree. Radhe regrets his doings and asks him to give 10 lakhs for bailing Dubey. Shukla refuses to give money. He asks Radhe to earn money and bail out Dubey. Radhe has no idea how he will earn a big amount. Shukla raises hand to slap Radhe. Radhe gains strength and holds Shukla’s hand to stop him, which shocks both Shukla and his wife. Shukla pledges to fail Krishna’s attempt of bringing a change in his family. Krishna pledges to change Shukla family and also fulfill her dreams.