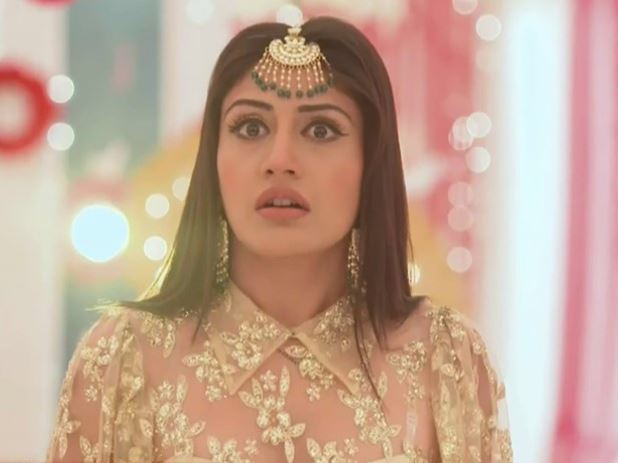 Anika misses her Shagun ceremony to save Payal’s life. She doesn’t return home and rushes to save Payal after witnessing her kidnapping. Nikhil gets upset that Anika left the ceremony without informing him. Anika and Gauri’s aunt assumes that Anika is with Shivay. She asks Gauri and Nikhil to call up Shivay and ask about Anika. Nikhil feels angered. Gauri asks her aunt to stop staining Anika’s character by her cheap talks. Anika follows Daksh to know about Payal. She finds him reaching Oberoi mansion. She spies on him and learns that Payal is captive and locked up inside a cupboard. She thinks how will she enter the house and save Payal, when Shivay doesn’t want to see her. Shivay instructs Khanna to stop Anika from entering the house. He doesn’t want Anika to ruin Priyanka’s functions. Nikhil’s family makes a leave, getting angry on Anika. Nikhil goes to Oberoi mansion to get Anika back.

Khanna assures Shivay that Anika won’t get an entry. Shivay gets away and leaves the task on the security guys. Anika takes a disguise to get an entry. She gets into a funny conversation with the security personnel. She refuses to show her face. Shivay gets to hear her and asks her to show her face if she wants to get inside the house. Anika asks Shivay to lift her veil if he is so interested in seeing her beauty. Shivay refuses to lift her veil. He asks Anika to go in and do her work. She gets happy that her reverse psychology worked. Shivay then stuns her and tells her that he will lift the veil and see her face if she is really insisting. She then refuses to show her face.

Khanna finds a way to show her face to Shivay by using a mirror. Shivay finds her too ugly and refuses to see more. He asks her to go inside the mansion. She clears the security by winning Shivay’s approval. She tells him that she is a sweet-maker and will shock him with the delicacies.

Tia learns that Daksh has kidnapped Payal and got her to Oberoi mansion. She finds his move risky. He tells her that he has locked Payal in the cupboard and he is sure that his plan won’t fail, Payal’s secret will be most safe in the mansion if he keeps an eye on her all the time. Anika looks for Payal everywhere. Before Daksh and Tia could see her face, Shivay comes to help her with the work. He sends Daksh to help Priyanka. Shivay suspects on Anika. She tells him that she knows a lot as she is Anika’s friend. Shivay asks her not to get Anika here and not help her.

Shivay and Anika have a sweet moment. He wonders what happened to him that he had a moment with the stranger. He doesn’t think that she is Anika. Anika wants to make the plan to expose Daksh. Nikhil lands in the mansion and shouts at Shivay, demanding him to call Anika. Shivay identifies him and tells him that Anika has lost the job, and she isn’t here. Nikhil tells Shivay that Anika didn’t turn up for the Shagun ceremony. Shivay speaks against Anika and tells Nikhil that he should better know Anika’s whereabouts. He leaves Nikhil with a warning. Payal tries to escape and reach Shivay, but Daksh catches her. Will Anika be able to help Payal and expose Daksh? Keep reading.