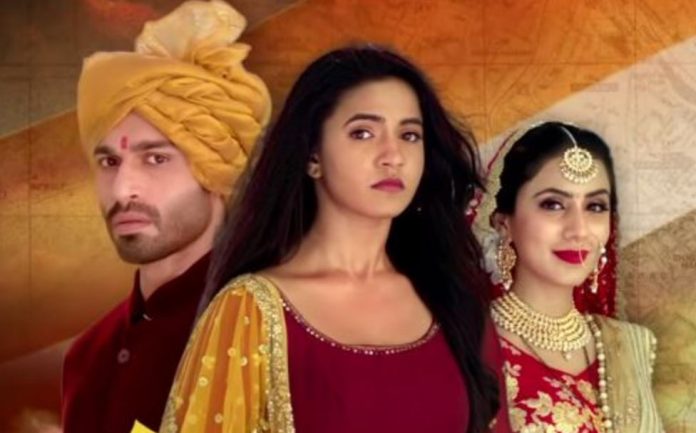 Suraj and Naina are getting engaged. Suraj gets engaged with Chakor first. They romance and spend some cute moments. They exchange the rings. Chakor gets emotional with Suraj’s thoughtful move. He tells her that he remembers their relation very well and is just faking engagement with Naina to trap Colonel. He wants Chakor to remember this too, and not get any other thoughts in mind. Chakor supports him, since she wants to defeat Colonel in his dangerous plan and save the nation. Chakor reaches the party in disguise of a waitress. Chakor wants to stay close to Suraj.

Suraj meets the guests at Colonel’s house. He sees Chakor as the waitress. She stays close to guide him well. She drops a tray of glasses, which irks Colonel. Suraj comes to her rescue and makes Colonel busy so that Chakor gets saved from the humiliation. Colonel feels proud to introduce Suraj as his would be son-in-law. Chakor gets the engagement rings for Suraj and Naina.

Vivaan attends the party as Suraj’s friend. Vivaan and the lady, who fakes to be Suraj’s mum try to balance things for Suraj. Suraj ties a bandage to his finger and avoids wearing the ring by Naina. He wears the engagement ring in the other hand so that the engagement ritual doesn’t complete. Chakor wants to give strength to Suraj. She witnesses the engagement. Suraj and Chakor see each other. Naina and Suraj exchange rings. Naina gets too happy to get her love. Colonel blesses the couple. Chakor tries to steal Colonel’s important bag. She asks Suraj to help her get Colonel’s phone so that he can steal the data and contacts, which can help the RAW know Colonel’s plan. Suraj, Vivaan and Naina perform in the engagement function. Suraj and Vivaan keep Colonel busy till Chakor copies the contacts. Chakor fails in the task. Suraj and Vivaan try another trick and get the phones from all the guests. They ask everyone to keep their phones aside, and also make Colonel part with his phone, so that Chakor can do her big task.