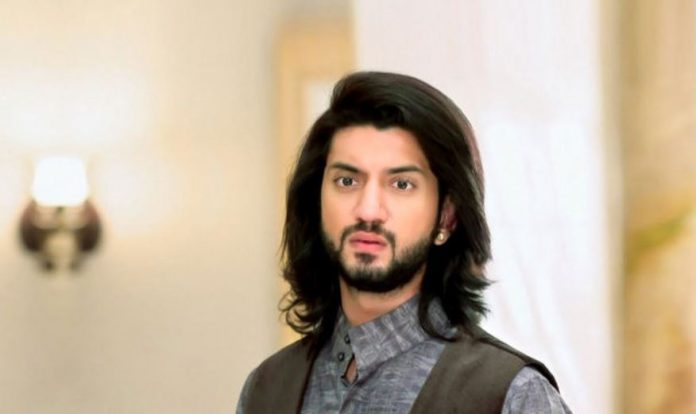 Omkara tells Anika that she shouldn’t worry about Shivay, he is taking the big responsibility to get her rights of being an Oberoi bahu. He assures Gauri that he will not let Anika get harmed in his family. Aunt gets surprised that Anika got acceptance by Oberois. Anika asks Gauri to look after Sahil and goes with Omkara and Rudra. Shivay gets Priyanka home and tells her that though doctor left all hopes of her recovery, he is sure that Priyanka will come back to him, knowing he can’t live without her. He tells Priyanka that he is eagerly waiting for her to come back to them. He asks her to get up and find the marriage decorations intact since she will marry Daksh as per her wish. He tells her that Anika broke her marriage cleverly, but he didn’t spare Anika and punished her in a way that her life got ruined. He boasts of his ways to settle scores with Anika.

He tells Priyanka that Anika will never come between them now. He feels Anika will never come to their house now. Anika steps inside the mansion, which shocks Daksh. Daksh urgently calls for Tia. He informs Shivay that Anika has come home with Omkara and Rudra. Anika refuses to come in, but Omkara insists her to adapt to her new family. Shivay stops Anika from entering the house. Omkara tells Dadi that Anika is married to Shivay and this is the truth of Shivay’s harsh and angered move. Dadi questions Shivay about Anika. Shivay cleanly denies the matter. Dadi demands Anika to tell the truth. Anika reveals that Shivay has really married her. Shivay tells Dadi that Anika has no proof or witness to state that this is true. Anika tells them that her mangalsutra and sindoor are the pieces of evidence of her marriage.

Shivay doesn’t accept the marriage. He tells Dadi that Anika is lying to get his property. Daksh worries that Tia and he will go bankrupt if Shivay really married Anika. Shivay tells Anika that he didn’t marry her, he spent time with her to teach her a lesson. He asks Anika to forget the night’s happenings and get lost. He asks her if she wants money to leave him. Tia reaches the mansion on Daksh’s call. She learns about Shivay’s marriage with Anika. She cries on his deceive. She asks Shivay that Daksh has done everything for Priyanka and family. She questions Shivay if he took revenge on her that he married Anika.

Shivay tells Tia that Anika is lying, he will surely marry her. Tia gets relieved when he gives her word. Shivay tells Dadi that he has no relation with Anika. Dadi asks Omkara and Rudra to send off Anika. They tell Dadi that Shivay is concealing the truth to get rid of Anika. Omkara demands Shivay to swear on Priyanka and state the truth. Shivay doesn’t listen to them. Omkara tells Shivay that they have accepted Anika as Shivay’s wife and will have her home as a family member now. Omkara and Rudra don’t tolerate Shivay’s big blunder. They take up the responsibility to correct Shivay’s mistake.

They welcome Anika by her proper Grahpravesh. Tia gets worried that she will lose Shivay to Anika. They apologize to Tia, as they have accepted Anika as their Bhabhi. They sympathize with Anika as Shivay is denying the marriage. Anika gets a strong support in Omkara and Rudra. They prove that they value relations, unlike Shivay, who got blind by his hatred. Anika seeks Dadi’s blessings. Dadi stays confused about accepting Anika. Omkara tries his best to help Anika achieve her status in the family. Omkara and Rudra assure to Anika that she will soon get acceptance by all. Omkara asks Tia to make a leave, since she can’t wed Shivay now, knowing about Shivika’s marriage. Tia gets worried about her plans failing because of Daksh.