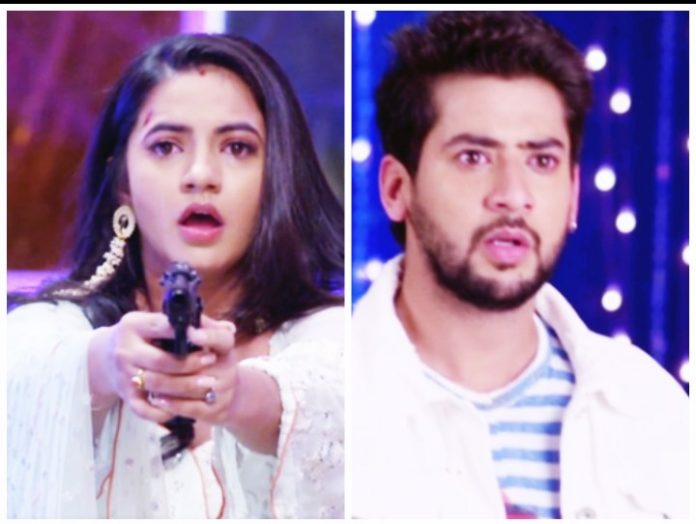 Udaan: There is high drama in the show with Vivaan’s untimely death. The family lost Vivaan because of Gumaan’s evil deed. Gumaan kills Vivaan by injecting him poison. The family breaks down. Imli blames Chakor for Vivaan’s death. Chakor too feels that she is responsible for Vivaan’s death. She slips in guilty. Suraj doesn’t want Chakor to get depressed. He is sure that things will get fine with the passing time. Chakor and Suraj celebrate their little fairy Saanvi’s birthday happily. They throw a grand party in the haveli. Saanvi turns one year old. Everyone expresses their happiness for Saanvi’s first birthday. Imli also becomes part of the celebrations. She pretends good to them, just for the sake of staying with them. Imli loses all the support after Vivaan’s demise.

Suraj, Chakor get pictures clicked with Saanvi. They make Saanvi’s birthday special. Imli doesn’t bond with Chakor well. She then tells Suraj and Chakor that she has forgiven Chakor for Vivaan’s death. Chakor’s happiness gets doubled by Imli’s big relieving word. Imli gets other plans in mind, when she meets Gumaan. They get together against SuKor and little Saanvi.

Shakti:
Harak feels raging when some men insult Harman. The men laugh on Harman. Harak faces the unnecessary drama on the roads. He didn’t expect his family respect to fall at stake in such way. Harak can’t see his family reputation getting on stake. He loses his cool when some men joke that Harman isn’t a straight man. The man tells Harak that Harak’s elder brother was also similar, he wasn’t a man enough to keep his brother, even Harman went on his uncle’s traits. Harak beats the men. He couldn’t tolerate any humiliation of Harman. He gets too tempered that he gets suffocating the man. The people gather and try to stop the fight.

They ask Harak not to kill the man. Harak blurts out the truth. He tells them that Harman loves Soumya, she is at fault, she has some weakness, Harman has taken the blame on himself the sake of his love, Harman and Soumya are husband and wife, Harman is covering up his wife’s flaws. He gets to see Soumya there. He scolds Soumya and asks her to see how they are getting insulted in front of entire Gurdaspur. He asks Soumya to speak up and defend Harman, as Harman has become a topic of fun in between people. He asks Harman to admit to everyone that he is absolutely fine, he has no flaws, why is he getting the pind laugh on himself and his ancestors. He says you have to tell them to keep our family pride.

He expresses his emotions to Harman and asks him to tell everyone that whatever he told before was wrong. Harman learns the entire matter, and feels sorry for Harak. Harman and Soumya worry that the family is losing name because of them.