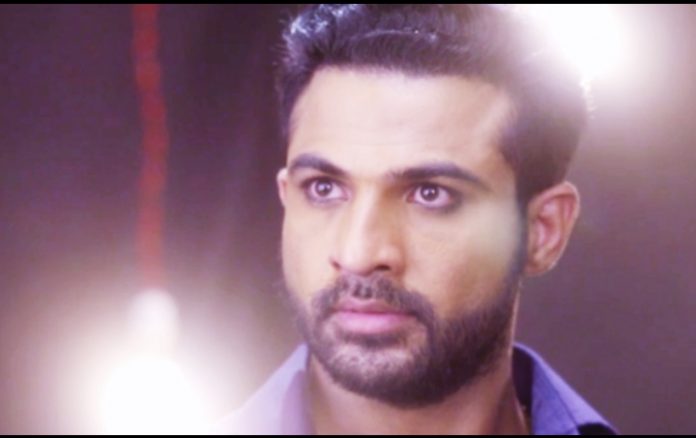 Imli has kidnapped Saanvi. She wants to ruin Chakor and make Saanvi her bandhua. She gets bad to accomplish her bad motives. Gumaan gets to see Imli’s evil and gets impressed by her. He likes sharp minded and beautiful women. He goes with a proposal to Imli. He falls for Imli’s beauty. Imli asks her goons to make the ransom call and trouble Suraj. Suraj gets angry when the kidnapper demands a ransom and threatens about Saanvi. Chakor asks Suraj to do anything to get Saanvi back. Imli rejoices on their worries. She sees Suraj’s love for Chakor in tact and plans something to make Suraj against Chakor. Imli thinks she has taken revenge by snatching Saanvi from Suraj and Chakor.

Imli feels Chakor is responsible for killing Vivaan. She wants to separate Suraj and Chakor. She knows Suraj will never forgive Chakor, if he loses his daughter. She instigates Chakor for sending police with Suraj. Gumaan goes to confront Imli about Saanvi’s kidnapping.

Imli denies the blames. He tells her that he is ahead of her in crimes and can identify criminals well. He asks her to join him. Imli thinks he is blackmailing her. She asks him to remember his place and not try to flirt with her. Imli tells him that she wants to remain as Vivaan’s widow. Gumaan is sure to get Imli on his side. Imli asks him to do anything and break her truth to Suraj and Chakor, but she won’t be scared of him. He likes her fearless side. He tells her that he won’t expose her truth, he wanted to see more of her persona. Gumaan tells Imli that he can help her fulfill all her motives, and ruin Suraj and Chakor. He reveals about his stake on the haveli and property of Rajvanshi family. Imli gets interested in accepting his proposal.