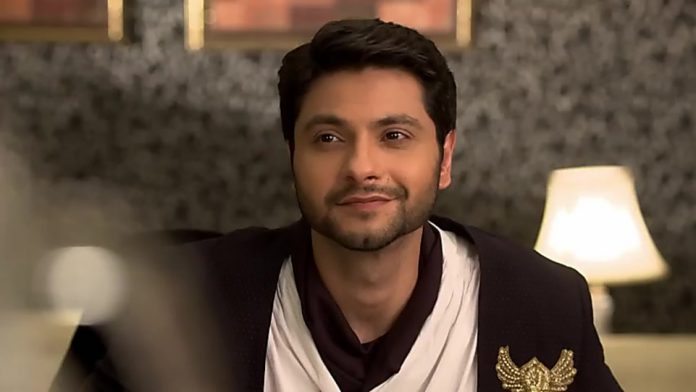 Doctor tells Abhi that Pragya is critical and her case is complicated. They decide to take the London surgeon’s opinion on her case to know if there are good chances of her survival. King thinks they all know something which I am not aware of. Sunny comforts Kiara when she cries for Pragya. He also cries and tells that he is feeling as if his sister is crying. Kiara says she will not cry and wipes his tears. Tanu calls Nikhil and orders him to finish her work soon. She asks what is he going to do with John and reminds him that he had done murders and big crimes in past. Nikhil gets angry and tells her that he is a big businessman now and wants her to talk with respect. Tanu apologizes to him. He says he will do the work and follows John. John takes an auto to reach the hospital.

Tanu confidently tells Aaliya that she has handled John like they handled Pragya. She says bye to Pragya and says her chapter is ended. Aaliya is stunned to see Tanu’s more dangerous side. Aaliya and Tanu admire each other’s evil side.

Meanwhile, Nikhil kills John when he gets down from the auto and is about to go inside the hospital. Robin gets worried for John. King questions Abhi about his relation with Pragya. He then asks him what is his family relation with Pragya and why they are so concerned for her. He says you claim not to believe in God, but I saw you crying for Pragya and praying to God for her life. He asks if he is missing something which they know. He asks Abhi to state his relation with Pragya. Abhi gets tensed and thinks what to tell him. Kiara comes to the hospital to meet Pragya. Abhi will learn the big truth that Kiara is Pragya and his daughter.