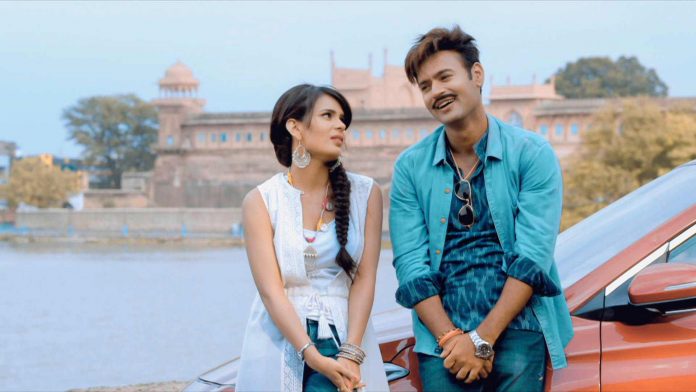 Mandira makes a big attack on Vijay’s happiness. Vasu ousts Mandira from the house. The family becomes a target of Mandira’s wrath. Vijay and Bulbul succeed to expose Mandira’s plan and throw her out of their lives. Mandira doesn’t accept her defeat. Bulbul wins the game and Vijay’s love. Mandira tells Vijay that she can’t let anyone win, she still holds a big evidence against them. She sends Vasu’s MMS to the family members. Vasu breaks down by this insult. Vijay loses temper and angrily breaks everyone’s phone. Sadhna gets to see the video and receives a big shock. Sadhna shatters with Vasu’s defamation. Bulbul asks Mandira to stop it, how could she ruin a girl’s respect this way.

Mandira watches the drama and laughs on their sorrow. Bulbul says you have stained womanhood by your dirty move. Sadhna turns raging and slaps Vasu. She asks Vasu how could she do this. Vasu feels sorrowful and runs away to her room.

Mandira tells Vijay that since he has thrown her out, she will not spare them. She asks him if he has thought to get rid of her so easily, he has done a big mistake to go against her and break ties with her, so she had to take revenge from him. She tells him that she has made the MMS viral and now his family will know what’s called humiliation. Vijay and Bulbul struggled a lot to get the MMS. Vijay didn’t expect Mandira will break his family by this disgusting move. Vijay gets stunned. He doesn’t know how to deal with this shocking incident. Mandira fails to get Vijay’s love. She wants to ruin Vijay and Bulbul’s relation and family. What will Vijay do now? Keep reading.