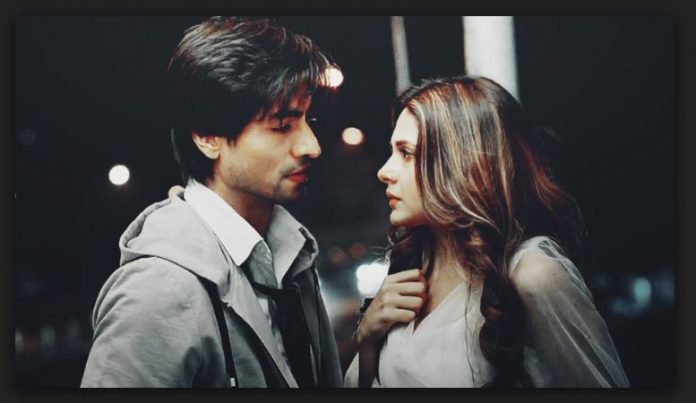 Aditya tries to impress Zoya’s mother. He indirectly gives her signs that he really likes Zoya and wants to marry Zoya. He gets helping her in cooking and daily tasks. Zoya gets busy in Eid celebrations. Aditya wants to win Wasim’s heart too. Aditya asks Zoya and her mum not to work hard, since he will manage everything. Zoya’s mother asks him why is he working so hard. He tells her that one who works hard wins, he also wants a nice girl for him, like Wasim got for himself. He tells her that he wants someone having values like her, the girl should be your reflection. Zoya asks Aditya to stop flirting with her mum.

Aditya tells Zoya that she is just praising her mum. She asks Zoya not to scare him by taking her dad’s name, Wasim isn’t any don that he shivers hearing his name. Wasim makes an entry and asks who is scared of me.

Zoya tells Wasim that Aditya was saying he isn’t scared of her dad. Aditya tells Wasim that he is a good cook himself. Wasim asks Aditya to prepare Biryani for them and show his talent. Arshad comes to help Aditya and tells them that his Biryani recipe is also good. Aditya says you are just our guest, we won’t make you work. Wasim keeps a competition between them. Aditya and Arshad get busy in preparing the best Biryani. Zoya gets excited to know the winner of the Best Biryani Competition. Aditya and Arshad want to get Zoya. They both are battling for their love. Arshad tries to instigate Zoya against Aditya. Zoya knows Aditya well and doesn’t come in his words. Aditya also does his part and tells her that Arshad isn’t a right guy for her. Zoya gets a proof against Anjana. She will be revealing Sakshi’s incident truth. Aditya will know Anjana’s evil face soon.