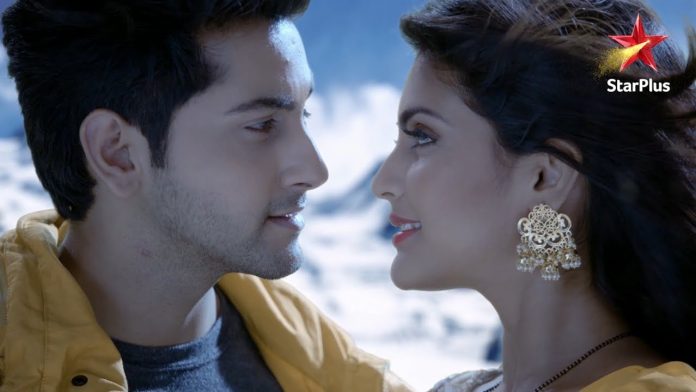 Shukla seeks help from Prashant so that he can oust Krishna from Radhe’s life. He asks Prashant to have this profitable deal so that he can win Krishna. He wants to get his son Radhe back. Prashant finds him really mean. He tells Shukla that he won’t let Krishna stay in the hell. Shukla asks him to just do as he says. Prashant accepts Shukla’s deal, as he believes that Krishna is ruining her future in Shukla house. He doesn’t want Krishna to stay with Radhe, since Radhe doesn’t deserve her in any sense. He asks Shukla to guide him in making Krishna and Radhe away. Shukla tells him about his idea to start their game.

Krishna and Radhe share some moments of peace. Krishna gets bored and goes out in the lawn while Shukla makes an entry home late. He hides from her, as he is faking the illness. Krishna doesn’t see Shukla. He makes sure that Krishna doesn’t know about his trip. Krishna tells Radhe that he should behave like a good person and think of studies that can help him go ahead in life.

She takes his promise that he will agree to her. She tells him that she wants to change everyone in the family, since everyone needs to change. She doesn’t want anyone to underestimate Radhe. She asks him to study and clear his tenth standard exams. Radhe tells her that its too tough for him to study. She encourages him to study, since this time she is with him. Shukla vents out anger on his sons and tells them that they all are totally useless. He asks Triloki about the fraud he did in accounts. He wants someone to help him out. Krishna comes ahead to manage the business and help Shukla.

Shukla tells them that he will manage the shop once again, even in his unwell state, since he has no one intelligent in his family. Krishna asks Shukla to give her a chance to manage the shops. Shukla agrees to Krishna’s suggestion. Krishna tells him that she wants to lessen Shukla’s burden. Shukla gives her permission to manage his business, as he knows she is educated. He doesn’t reveal that its his plan to drag her in business and make her away from Radhe. He hands over his files to Krishna. Shukla asks Krishna to take help from Prashant and sends her, so that this becomes a big matter of concern for Radhe.